The extraordinary stories behind the everyday objects of people who’ve travelled through Calais. 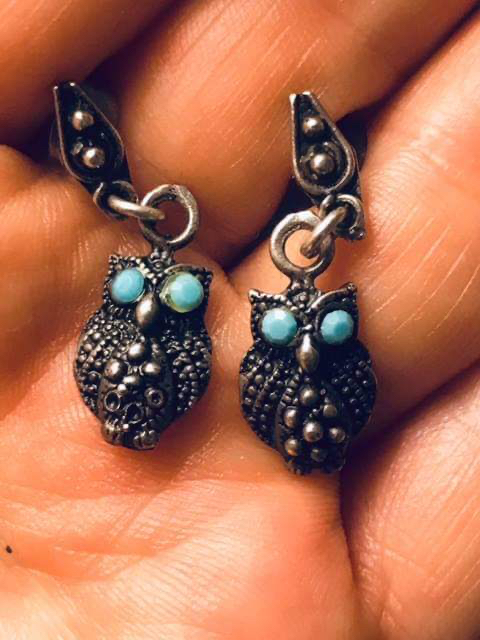 ‘Reaching the UK was like landing on a safe coastline after a stormy sea. I carried my earrings with me the whole time; that makes them valuable. They are like a sign leading me to other valuable things I hadn’t noticed. Like my smile, my heart and my hope.’ 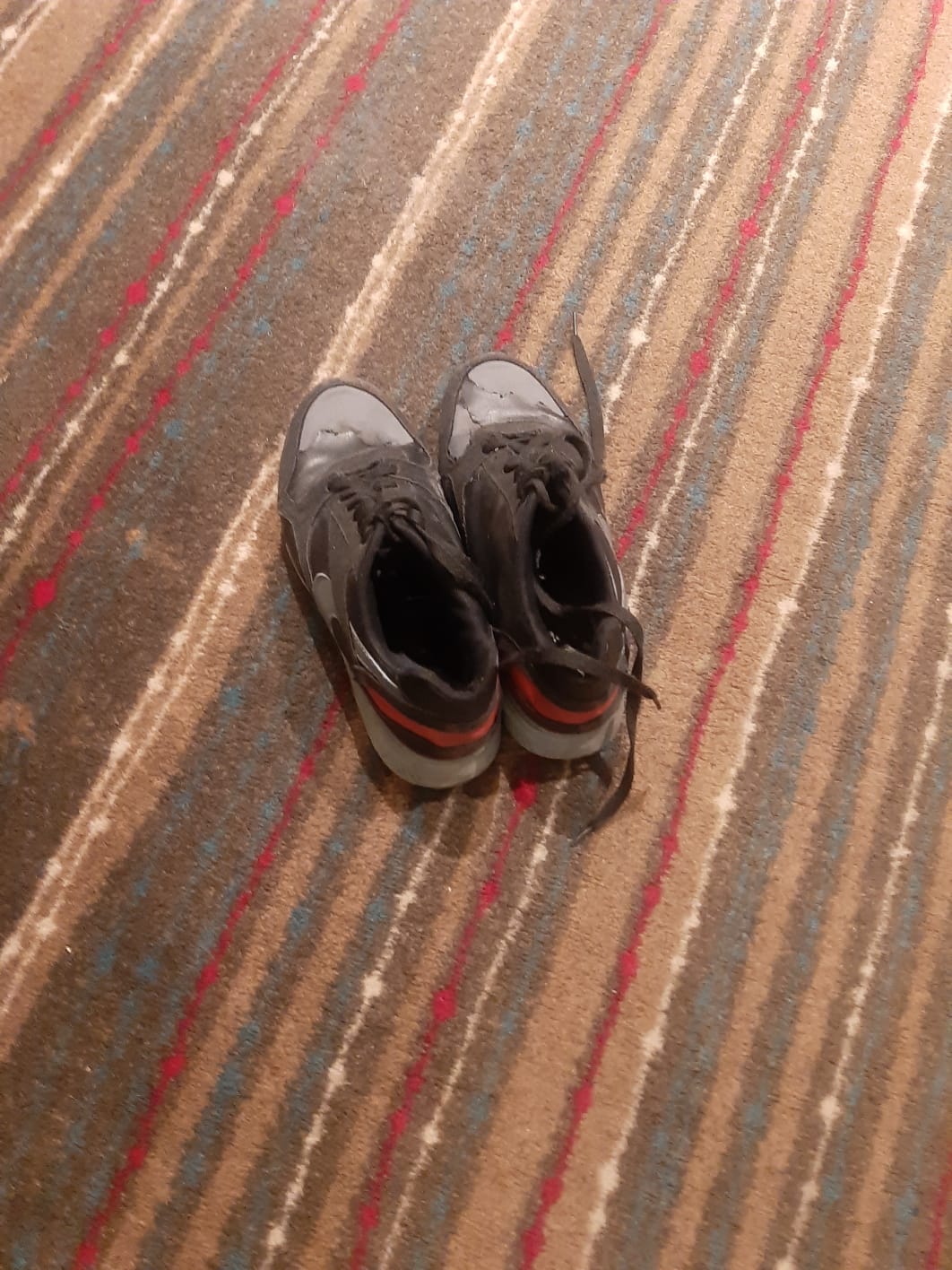 ‘These shoes are very important to me because they are the only shoes which I’ve owned since I was in Libya. I still can’t afford to buy new ones.’ 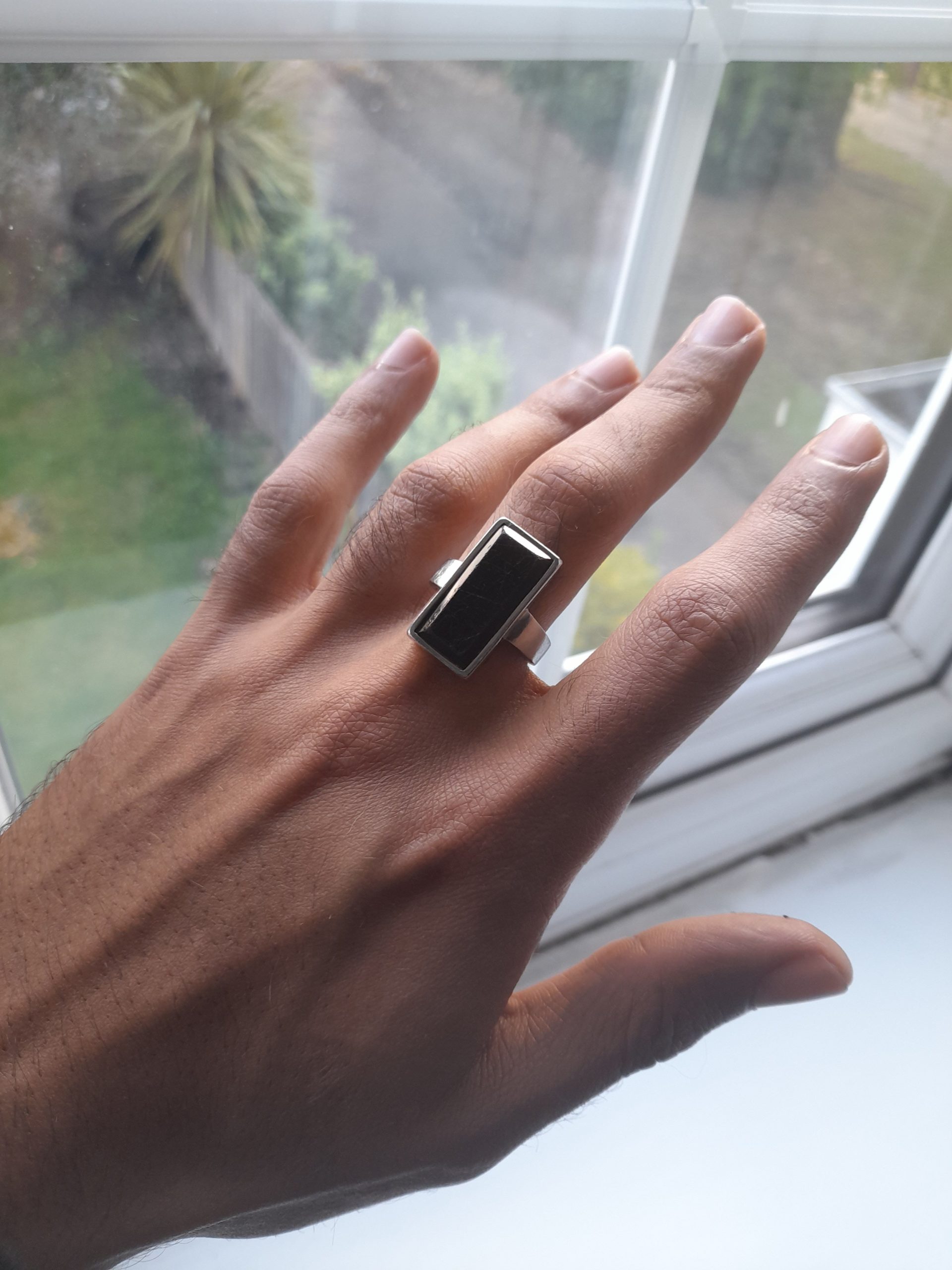 ‘This ring is a present from my mother for my birthday. I perceived it as an ordinary object when I was in Iran, and never thought it would have to replace my mother. Until I was forced to escape from the place to which I belonged.

‘When I left, I couldn’t hug my mother and cry in her arms. I couldn’t tell her how much I loved her. The only memory I had left was my ring, which I started kissing and talking to. It was as if the ring suddenly became my mother.

‘Whenever I feel frustrated or happy, I talk to my ring. My family has been reduced to this metal object that now I carry with all my heart. Or what is left from it.’ 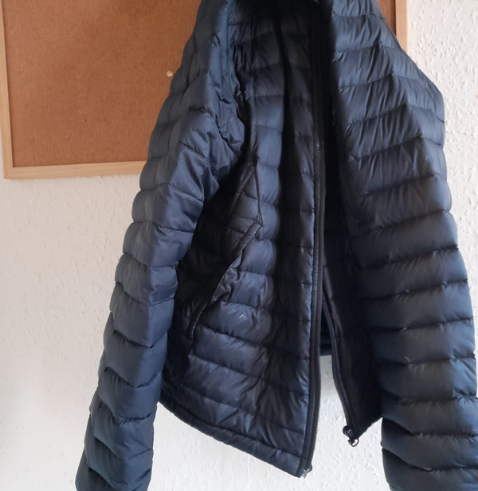 ‘This coat protected me when the police were chasing me and took my tent. I slept in it under the bridges and in the streets.

‘Now, I have refugee status and I am rebuilding my life in the UK. But I kept it because it is so precious to me.’ 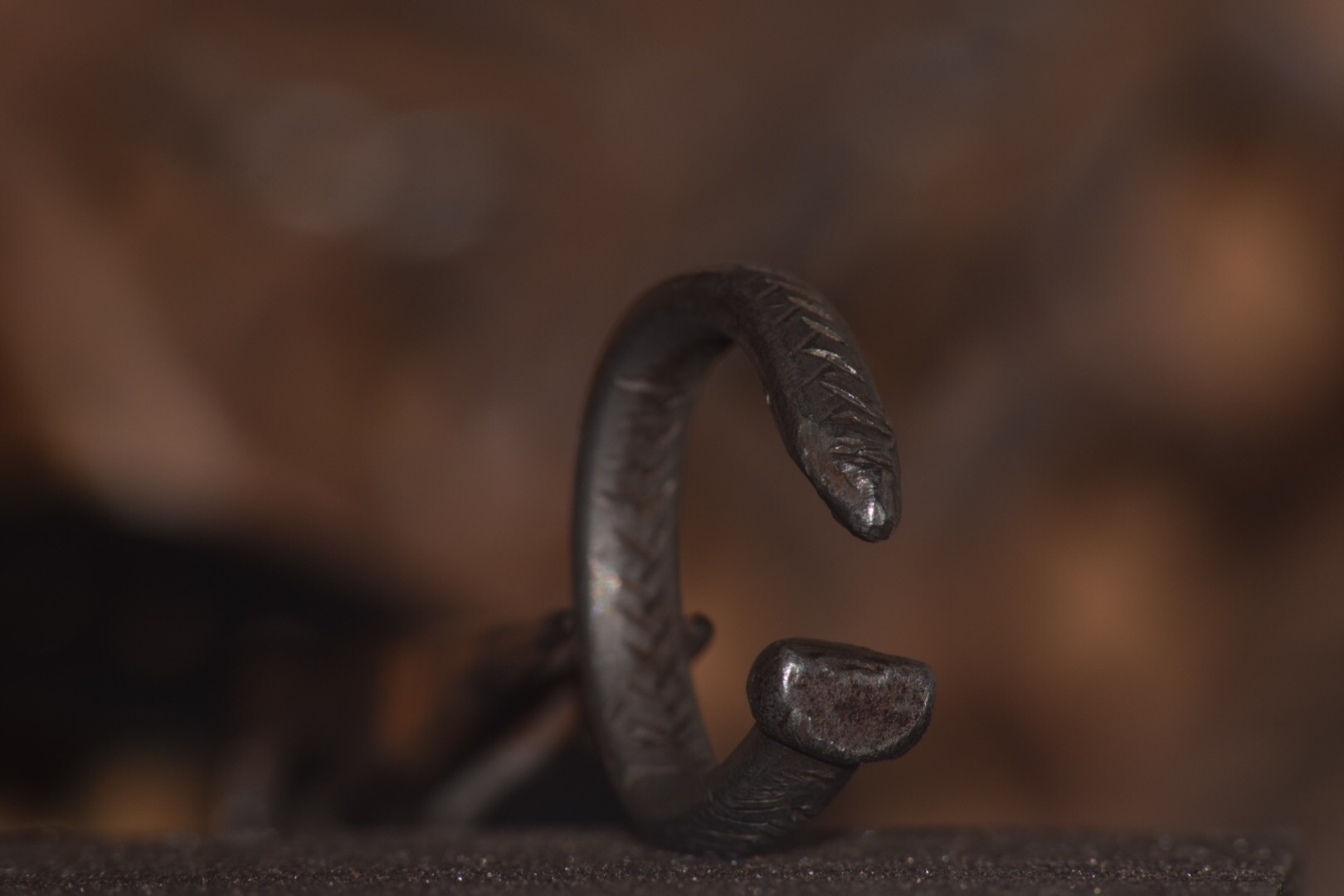 ‘One day, I was in my shelter and saw a nail sticking out of the wall. After staring at it for some time, I decided to pull it out.

‘This nail was destined to become a ring. Using two pliers, I manipulated it into a ring and, with cutters, I created the arrow-like texture all around. Maybe it meant something. Maybe it didn’t.

‘Today, I am a silversmith. I called my jewellery company Road From Damascus because that’s where I had my epiphany. This ring was my first ever design.’ 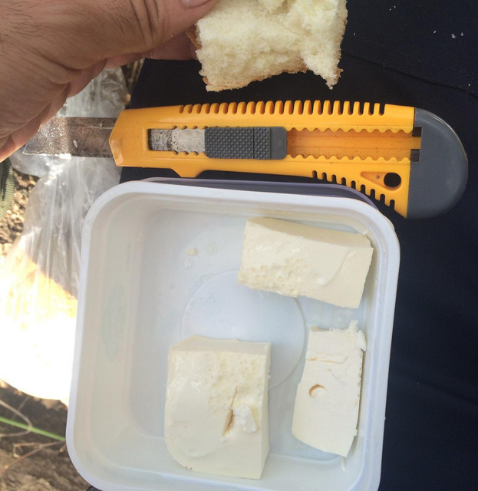 ‘The white container was my safe box to keep my belongings and protect them from being wet, in case I drowned in the sea. Also, I used it as diary to write important dates and numbers. Sometimes I had to use it as little pillow, and also as a small plate for breakfast.

‘I’m sure I still have it somewhere.’ 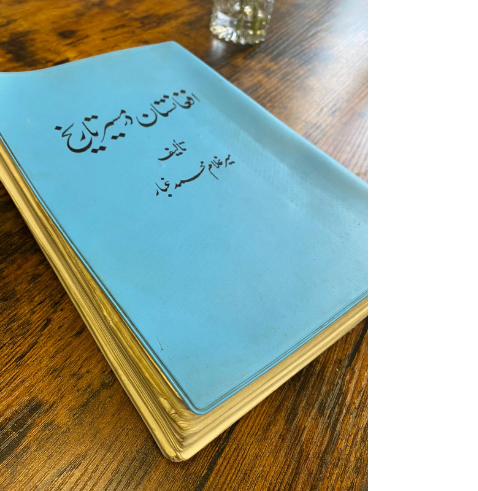 ‘We brought my grandfather’s book with us, Afghanistan Throughout History. It’s very old – probably 50 years old. It reminded my dad of his father’s love for reading and knowledge.

‘My grandad always encouraged his brothers and sisters to send their kids to school, especially the girls, in a country where girls are mostly deprived of an education.’ 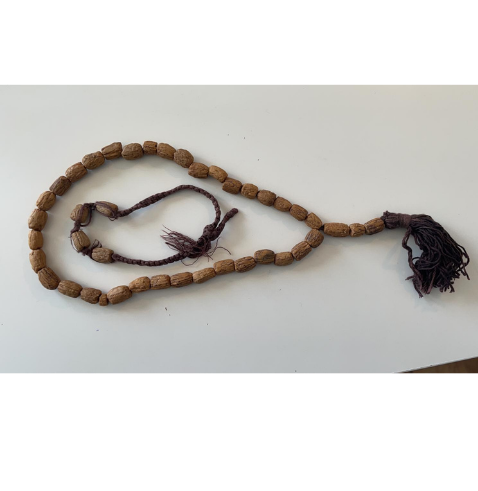 ‘This is a necklace handmade by my mum. The brown things are the olive stones. My mum made it for me while she was in jail. She was kidnapped by the regime for six months while I was on my way here. Perhaps it’s not related to Calais, but it came all the way from there to here. So I just thought I would share it. ‘ 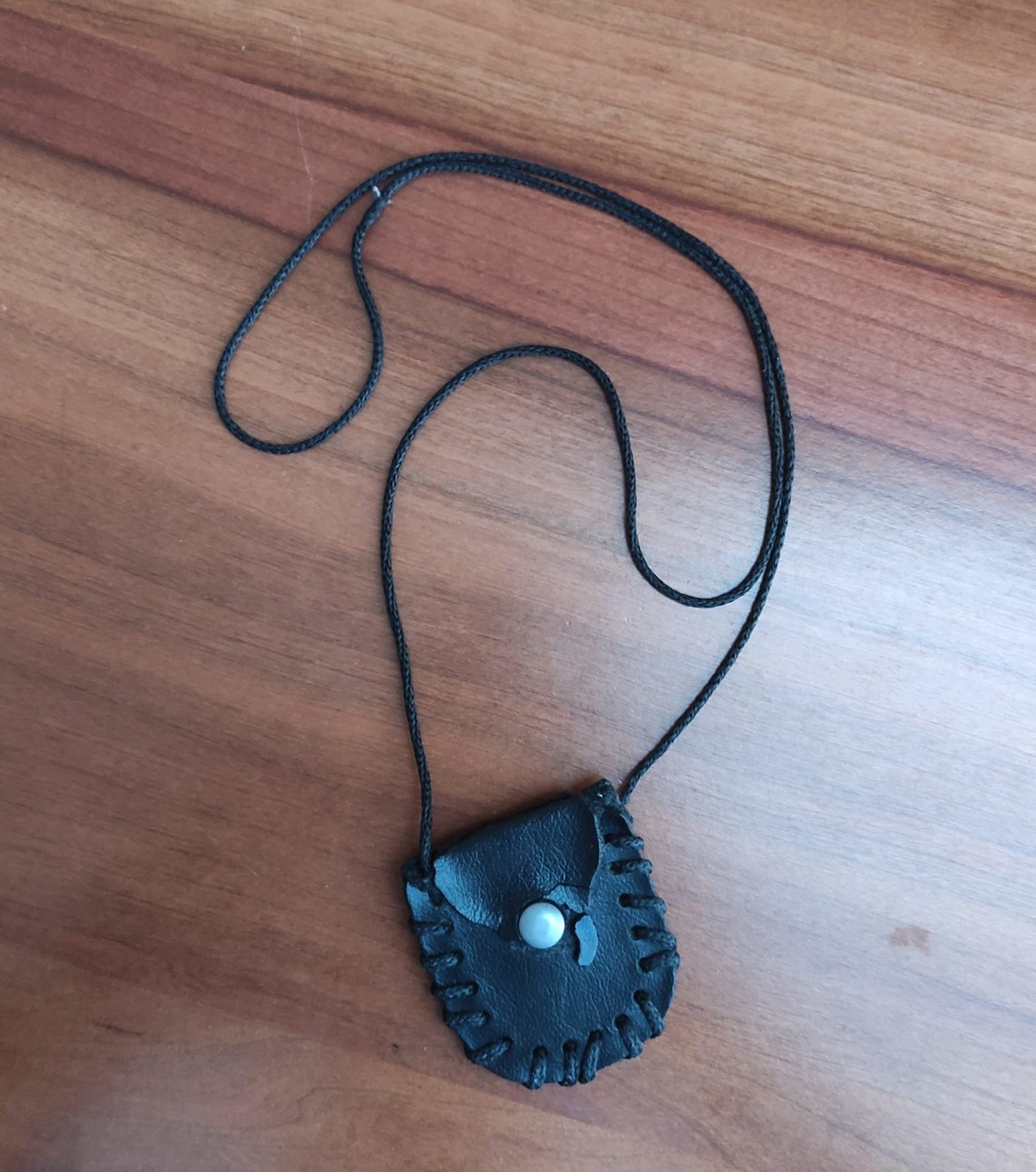 ‘My mother gave me this chance necklace. I held it all the way while crossing the English Channel and thought about the happy memories I had of my mother.

‘Now, I think I have reached a safe place. I can forget all the bad things that happened to me.

‘I am currently working on strengthening my English so that I can better integrate into British society.’ 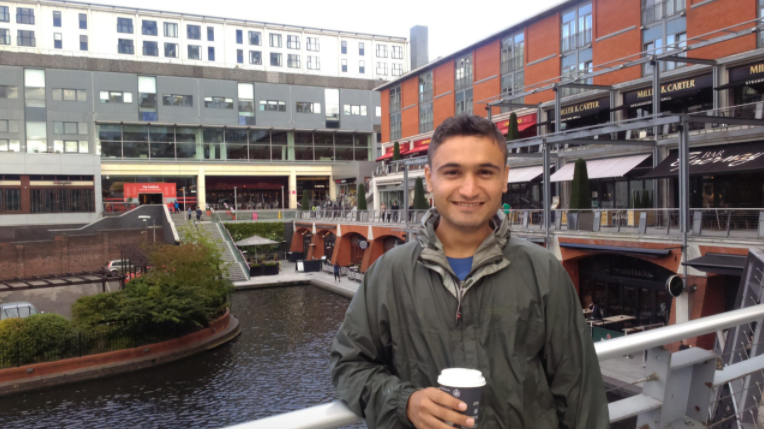 ‘When I was in Calais, I had to do lots of walking and lots of running from the police. My feet had blisters. I often wondered what it would be like to be able to have a home where you could be dry after you’d been rained on for the whole day or night.

‘One night, when I was setting out to try to cross the border, it was raining and the only clothes I had were the wet ones I was wearing. A volunteer there, who is now a very dear friend, took pity on me and gave me her rain jacket.

‘I felt like she had given me the entire world. I feel very attached to this specific object. Even though I later got rid of my other clothes and shoes because I had to move a lot, I kept this object because I believed it brought me good luck.’ 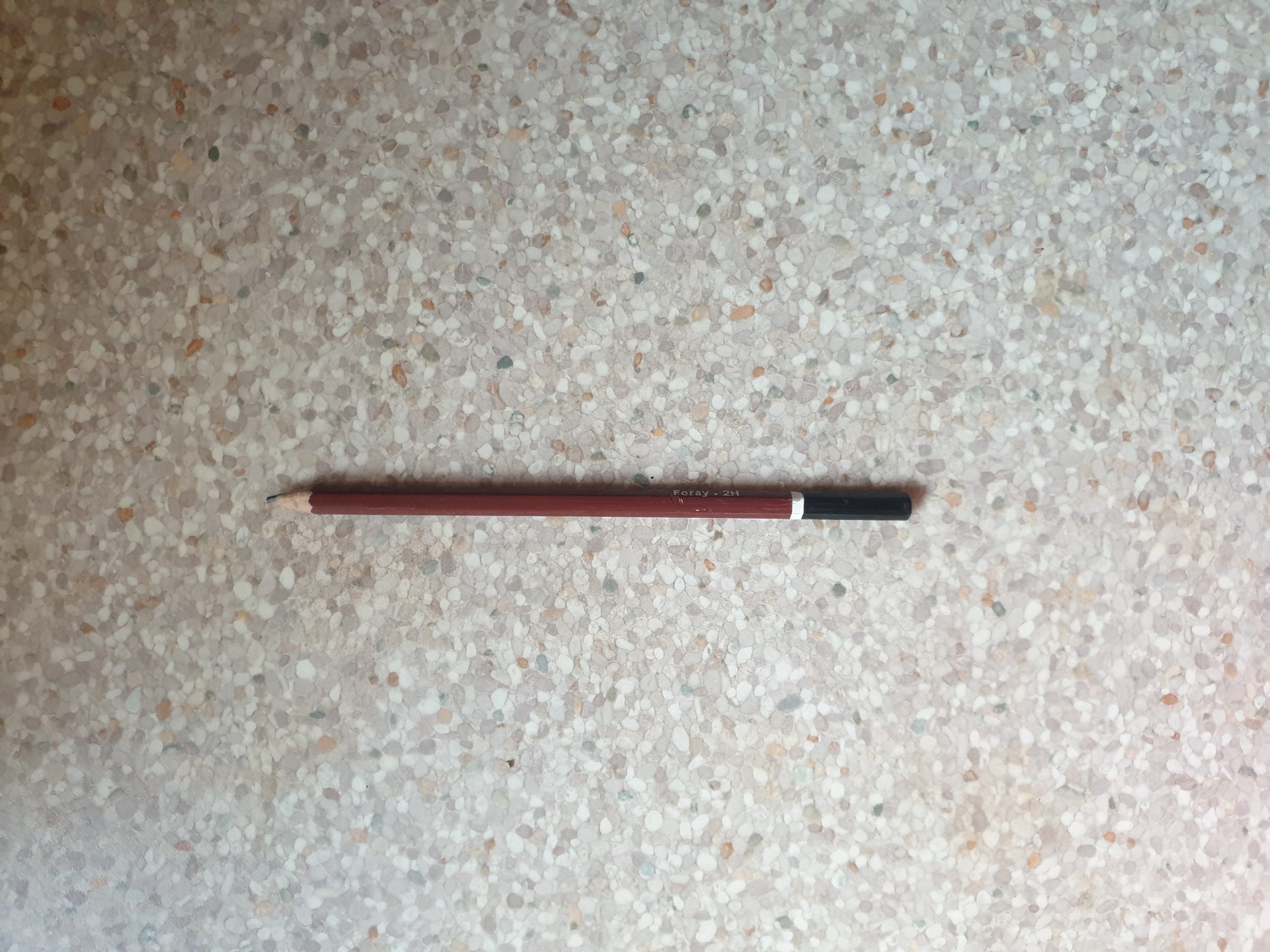 ‘I was approached by a super kind old lady and I immediately burst into tears. She prayed for me and asked if there was anything she could do for me.

‘ “A pen and piece of paper.’’ “Oh dear,” she replied.  And after a quick look in her bag, she fished out a pencil and a small piece of paper. Probably my tears thanked her more than my words as I was both sad and happy.

‘A few days afterwards I managed to leave Calais with my pencil and paper. Unfortunately that piece of paper did not survive the detention, but I am so glad that I got to keep my pencil.’ 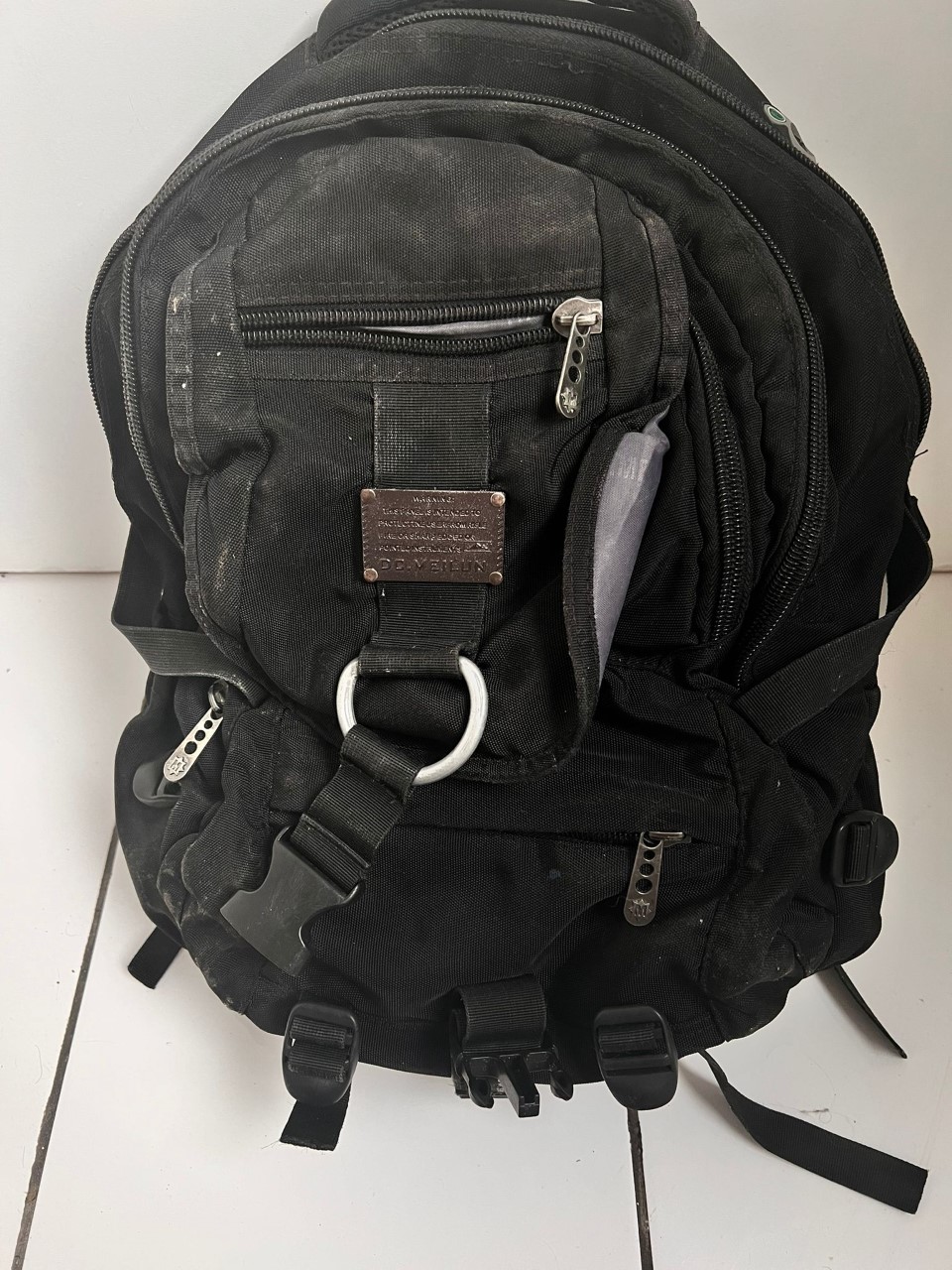 ‘You must see this backpack as a dusty, mouldy simple bag that wasn’t used for ages. But the true story is that, it came from a long distance. It’s been with me from the first day I made my biggest decision in my life to immigrate from Iran and leave everything behind and start an unknown destination journey.

‘My sister bought me this backpack for my birthday to use it when I go to holidays and make great memories. But the truth is this bag saw my hard days; the days I was suffering, being homesick, the days I had no option to choose but continue having hope. Cut the story short this bag was the witness of all dark days I passed from them and carried out all my pain, all my hard gone days….’

Do you have an object you had with you in Calais? You can submit your entry anonymously here.