Jenni Regan, our new CEO, shares her background, ambitions at IMIX and the importance of messaging in the media in support of those seeking sanctuary in the UK. 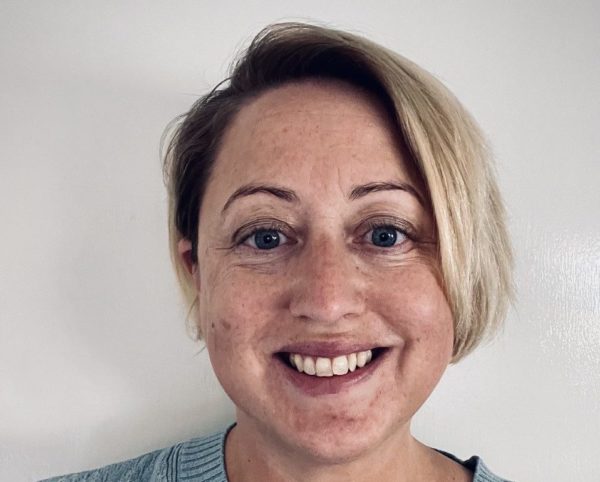 The refugee sector is clearly one that is always fast moving and under pressure but even so, starting a new role in the middle of the largest movement of displaced people that we have seen in Europe since WW2 has certainly been a baptism of fire.

There have been advantages, I have been thrown into meetings with organisations that may have taken weeks to set up and have had a fast-track induction into where IMIX fits into the narrative. It has also given me the opportunity to see what an incredible team I have inherited.

I started my career as a journalist and producer at the BBC, leaving after nearly a decade to move into the charity sector. With a professional background and personal experience of mental health, the charity Mind was the obvious choice.

My remit was to set up a media advice service for the charity, through the Time to Change campaign. This was in response to supporters telling us that mental health portrayals in the media were actively causing harm. At the time soap characters were ‘mad, bad and dangerous’ and headlines still contained terms such as ‘psycho’ and ‘maniac.’

In eight years, we managed a lot, working with dramas and soaps, developing resources, training for journalists, and hosting a yearly Mind Media Awards. Coverage turned from overwhelmingly negative to positive, with high profile people speaking out and sharing their stories.

I started volunteering in the refugee sector around five years ago, working with a local organisation, Stories and Supper who host Supper Clubs and provide storytelling workshops for refugees of any status. I have continued to work with this CIC and now Chair the trustee board. In the meantime, I have also started supporting asylum seekers in hotels and in dispersal accommodation.

This started in the early days of lockdown when Britain First started targeting a hotel near me that was housing asylum seekers. I watched in horror as they released films where they had forced themselves into the hotel and confronted guests, they also put up a banner outside the hotel and spread the narrative on social media that the guests in the hotel were being kept in five star luxury, consisted only of men (when over half were families) that crime was rising in the area and that the asylum seekers were all going to be handed local homes.

When I saw the job at IMIX I realised that this was my opportunity to help shape the narrative, just as we had done with mental health. Words matter, personal stories really matter, and clear factual messaging is key.

We also need to dispel the myth of ‘good refugee vs bad migrant.’

It has been eye opening to see the very same people vilifying asylum seekers on social media platforms are now posting in support of Ukraine and pulling together collections to send to the borders. This is both a curse and an opportunity for us in the sector.

We need to ensure that this new awareness of why people become displaced and what they need goes beyond just Ukrainian refugees. We also need to dispel the myth of ‘good refugee vs bad migrant.’ But we can hopefully use this spotlight to make people more aware of the Nationalities and Borders Bill and how this would criminalise many of the current flow of displaced Ukrainians.

I am looking forward to many things in my first year. My most recent job was leading an arts and health charity and so I hope to bring my knowledge into the role, particularly during Refugee Week. The championing and celebration of refugees is a message should always be amplified and I look forward to IMIX creating and curating more positive stories. The voice of lived experience is at the heart of what we do, and we plan to develop many more potential storytellers, giving people the skills and confidence to share their journeys.

Working with the media

I am also looking forward to working with the media. There are some incredible journalists who focus on telling the real stories on migration with a focus on people not numbers and I hope we can work with some of these to develop further empathy, skills and knowledge across the media sector.

My ultimate goal? To see a family of refugees in Albert Square. Of all the work I did at Mind, the most far reaching was working with soaps and dramas. Taking messaging to armchair viewers who may never tune into a documentary but who would happily watch and relate to fictional characters on screen. This family would not be defined by their status but would just be like any other family in the soap (which in EastEnders means they are likely to be blown up, have illegitimate children or multiple affairs). Just like any other family.

If you’d like to discuss any of the subjects addressed in this message, feel free to get in touch with Jenni: jenni.regan@imix.org.uk