‘After all the discrimination I had been through, I decided I could take no more. I started to speak up.’ 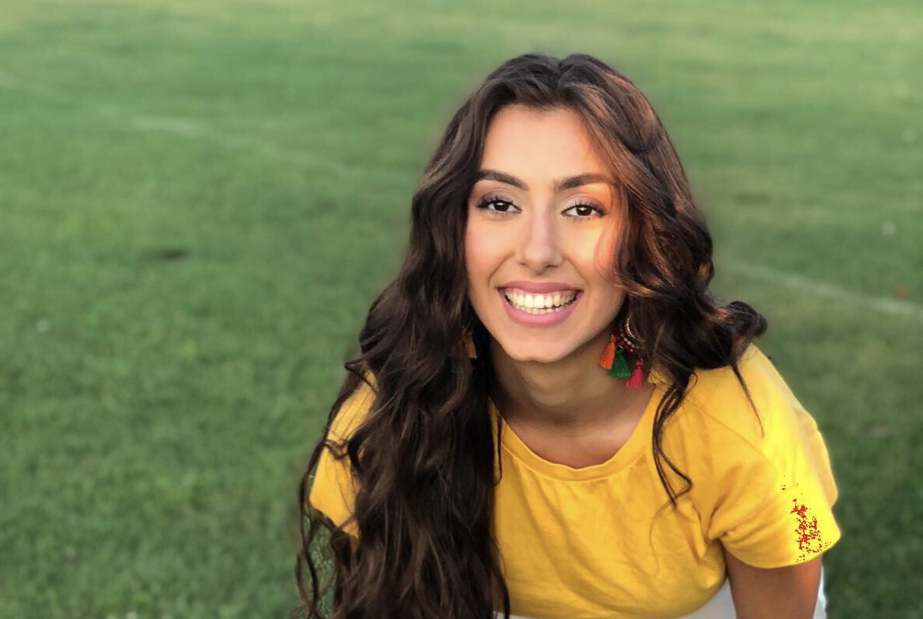 Esther Baleh and her family fled Syria during the early stages of the civil war. She now lives in the UK and, while studying fashion, dedicates her time to volunteering and humanitarian work.

My parents converted to Christianity when I was one year old. At that time all was good in Syria and all the people of different faiths were living happily together. But when the war came, everything changed. Extremism rose up so it became very risky for us to live there. Also, the medicines my father was taking regularly stopped being delivered during the conflict, and as his health relies on them, it became a big issue.

So we decided to flee to Lebanon to seek sanctuary. It was a temporary solution; we were waiting there to see if we could travel to other countries in Europe. I was about 13 then and getting settled in a new country for me at that age was really hard, especially adapting at school.

There were so many refugees in Lebanon at the time, probably more than local citizens. For this reason, we often felt that the population was not so accepting of our presence. Sometimes they would make us feel like we had taken their place. However, I really had a good time in church, where I found a community that helped me a lot to go through those months.

Through that church, my family and I started volunteering because, despite everything we were going through, we still wanted to help other refugees like us. I mainly volunteered to look after refugee children and I believe that it was that first experience that created curiosity in me for humanitarian work.

After one and a half years, we finally received the good news that we could move to the UK. Once there, I immediately loved the school. At the beginning, it was hard as I couldn’t fully express myself because of the language barrier, but the people in England were lovely and really nice to me. After understanding their language, I could connect even more, see their points of view, and find similarities between us.

I did experience hate sometimes though. One kid at school told me to go back to my country and once I was called ‘terrorist’. But when that happened, I spoke up. I reported the boy who called me so, and after that, I never had any other problems.

I’ve noticed that, usually, people with refugee or migrant backgrounds feel like they have no right to speak up, and that’s how they get bullied. But I am not a shy person, and I wanted to make clear that I cannot accept that.

Actually, when I was younger, I was definitely less outgoing, but after all the discrimination I had been through during my time in Lebanon, I decided I could take no more. That’s how I started to speak up.

One of the things that helped me the most to integrate into a new culture was volunteering. I started when I was 16 and then volunteered for so many organisations like the Refugee Council, the Red Cross, and the City Council. It helped me to build connections, make friends and improve my English.

It is a big commitment because I have to balance it with my studies and during the weekends, while everyone relaxes or goes out, I volunteer and do some work for refugees. But I love it, of course.

At Refugee Council I am part of the Refugee Advisory Group, a committee of 12 refugee representatives that periodically discuss with the Home Office how the government could improve policies for refugees. Last July, I even went to the Annual Tripartite Consultations on Resettlement (ATCR) in Geneva as a refugee representative and we opened the first refugee statement ever to be held in a Geneva conference. 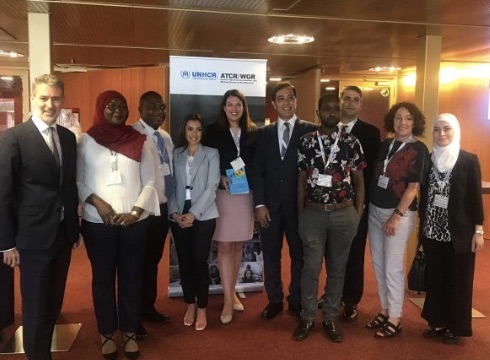 Esther (fourth from left) at the ATCR Conference in Geneve.

At the moment I am in my second year of college, studying fashion and design. My dream is to be able in the future to merge my passion for fashion with my humanitarian interests. One day, I would love to open my own company in Syria so that I could produce my products there and invest in the local economy once things get better. But if I have to dream really big, I can see myself working in diplomacy. Maybe at the UN one day, who knows?!

From Syria, I brought with me all the letters that I used to exchange with my family, cousins and friends when I was younger. I also have with me a necklace with the Syrian flag on it. It reminds me of my home country. 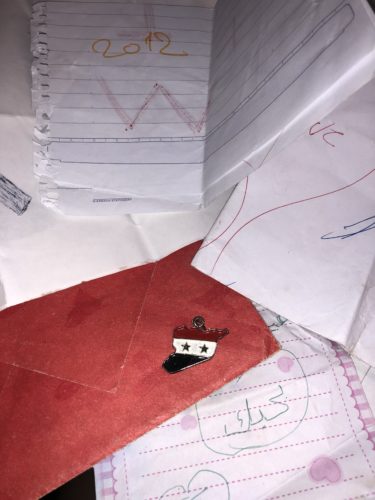 During my journey, I grew so much without realising it. One of the most important things for me was to translate for my parents after we left Syria and this responsibility made me become much more mature and confident. We went through hard times together, so thinking back to it now, I feel very grateful and don’t take things for granted anymore.

I now want to keep going with what I am doing because, since I started volunteering, I realised every little opportunity that I took, brought me to where I am now. Also, I want to keep dreaming a lot about my future. It is crazy how, when you really believe in something, it becomes so real.