Celebrating Friendship: ‘I met my friend on a rescue ship in the Med’

Lisa, 48 a paramedic from the UK and Yordi, 24, from Eritrea first met on a MOAS rescue ship off the coast of Libya in May 2017. Yordi was one of about 500 people escaping war and persecution and travelling on an overcrowded boat in the Mediterranean when disaster struck. Lisa tells the incredible story of the day they met. 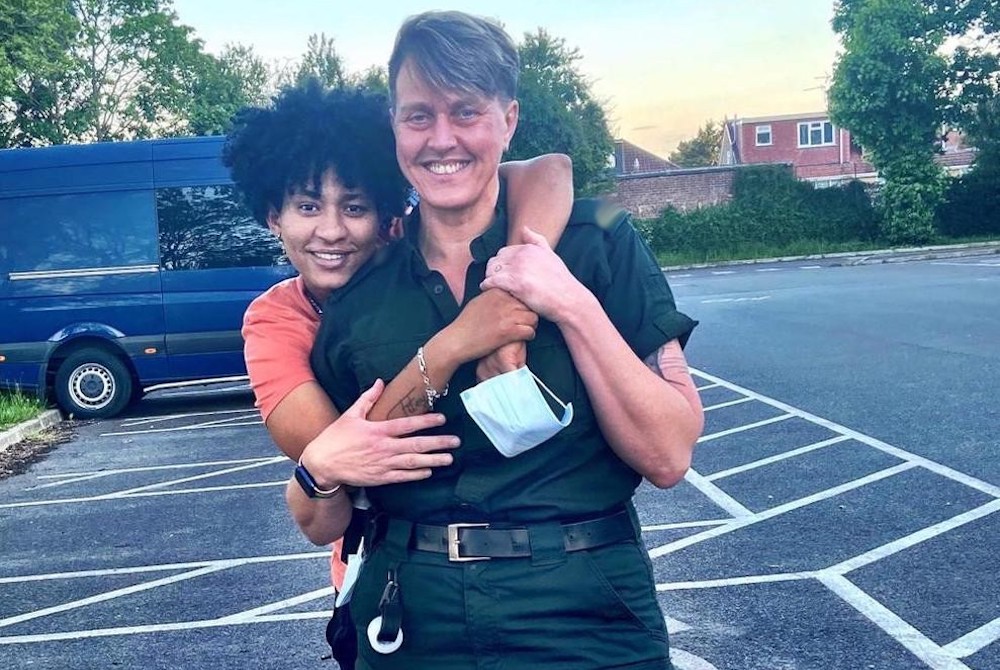 Four years ago I was working as a post-rescue medic on a ship 23 nautical miles off the coast of Libya – we had to be that distance to be out of Libyan jurisdiction. We were waiting for the boats carrying migrants. They came from landlocked countries, none of them could swim, and they had no concept of what they were doing, they just wanted a better life.

The boats would be steered out about 20 miles to sea, then they would take the engines off and abandon the passengers, leaving them floating there to be rescued with no water or food for days at a time in the blistering heat.

It was about 5am when we heard the engines fire up and we knew something was going on. I got the clinic ready and woke up the team.

We were waiting for the boat, a big blue wooden boat with a lot of people sat on it.

Search and Rescue went out on the RIB to take people life jackets. They couldn’t get too close as people would start to jump and swim, so they were chucking them onto the boat for people to hand out. But people were so desperate that they started to jump anyway and the boat listed, tipping people into the sea.

What we didn’t realise was there were people locked in the bottom of the boat. One man handed over the key and said, ‘That’s for the people in the hold’.

The team had to try and get to people in the side of the boat, trying to pull people out of the water. It was horrifying waiting for people to come in, that panic, the injuries people sustained who were hit by the boat – not everybody had received life jackets, there were adults taking life jackets off children, mothers separated from their children.

We started trying to get them to the side, pulling them from the water. That went on for some hours.

It was my job to screen all the rescued people as they came aboard – taking their temperature, asking if they were over 16 or under, which country they came from, if they were travelling with anyone or lost, pregnant, unaccompanied minors.

There were a lot of children, including a ten-year-old boy travelling on his own. I’d spent 18 years working in the ambulance service and had never seen anything like this – it was quite a culture shock. Tragically, over 30 people drowned. Seeing the footage afterwards almost broke me – but at the time you just have to get on with it – I worked 23.5 hours that day.

When I met Yordi on the ship I could see she was lost and feeling panicked. We just automatically connected, we have similar personalities – we’ll talk to anybody and love tattoos. We spent time together and she helped me translate so I could communicate with the people I was helping.

She had a little yellow band on her wrist and was crying and saying, ‘Thank you thank you’. All she had was the wet clothes she’d been wearing and that bracelet, and she put it on my wrist. We weren’t supposed to accept things from people because of infection, but there was no way I was refusing that gesture. 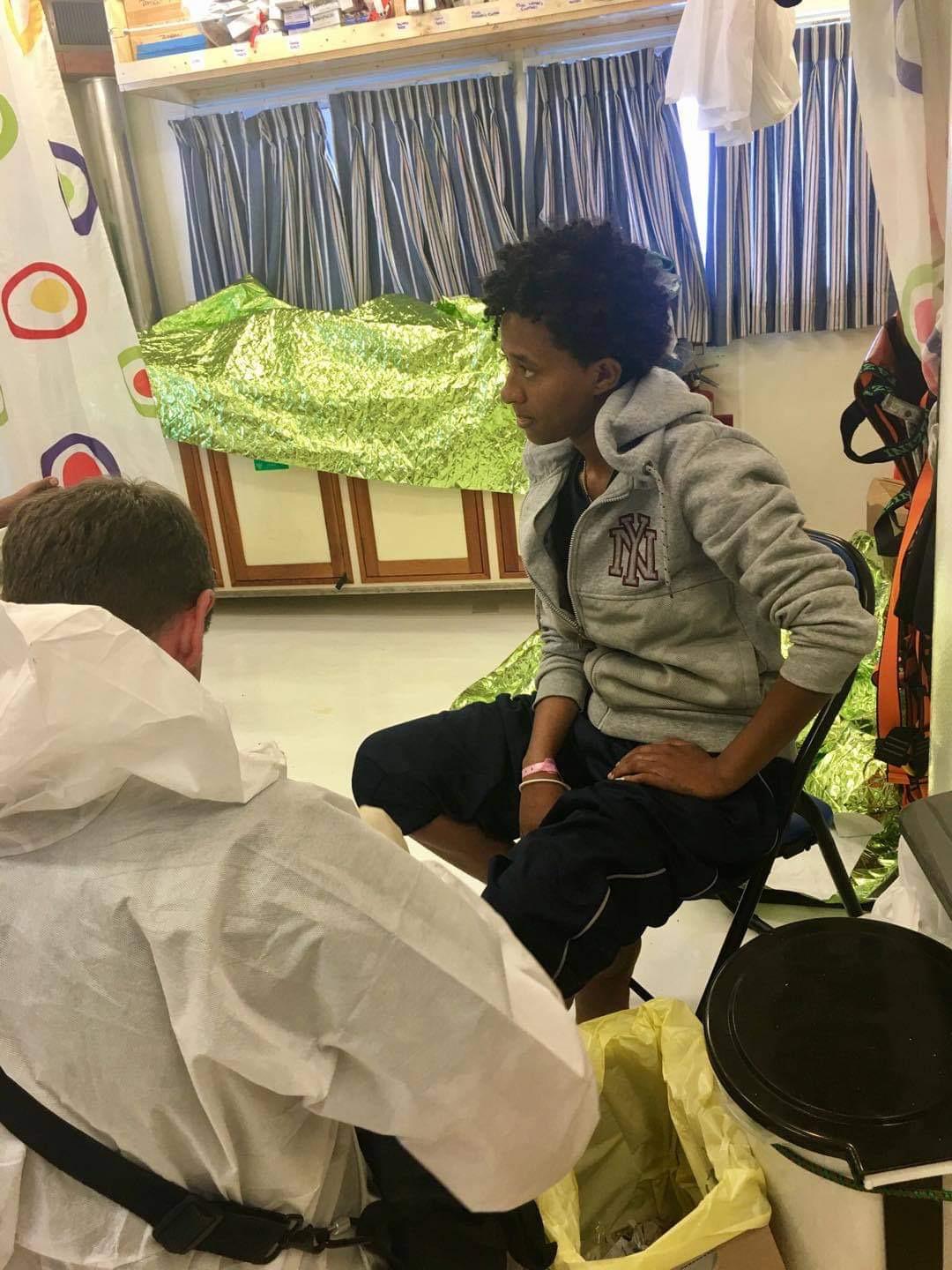 So I promised her: ‘One day I’m going to put it back on your wrist. No matter what it takes.’ Even if it took the rest of my life I was going to return her band.

Fast forward four years to May 2021 and we’d been keeping in touch via phone. I think of her like she’s my little sister. She always says ‘Hey big sis’ when we message or call.  I found out she was living in London where I was working for the ambulance service. She gave me her address and the next time I was working in that area I let her know I could come and see her where she was staying.

I got out of the ambulance, and we just looked at each other and she ran to me and hugged me and wouldn’t let me go. The tightest hug I’ve ever felt in my life.

Her friend told me, ‘You have no idea what you mean to her, she talks about you so much and what you did.’

We’re going to see each other properly next time when I’m not working and I’m going to give her the yellow wrist band back.

Yordi said: ‘Since I met Lisa in the sea in 2017 I know she my dear friend she’s helping me so hard after all those years we meet again and I was so happy to have her again in my life’.

I wonder if there’s something that connects people from the minute you meet them that means you become part of their journey. There’s just something within her that means we connect – it’s been a real privilege. I met her on the scariest day of her life, she lost friends – she’s gone through such a journey. 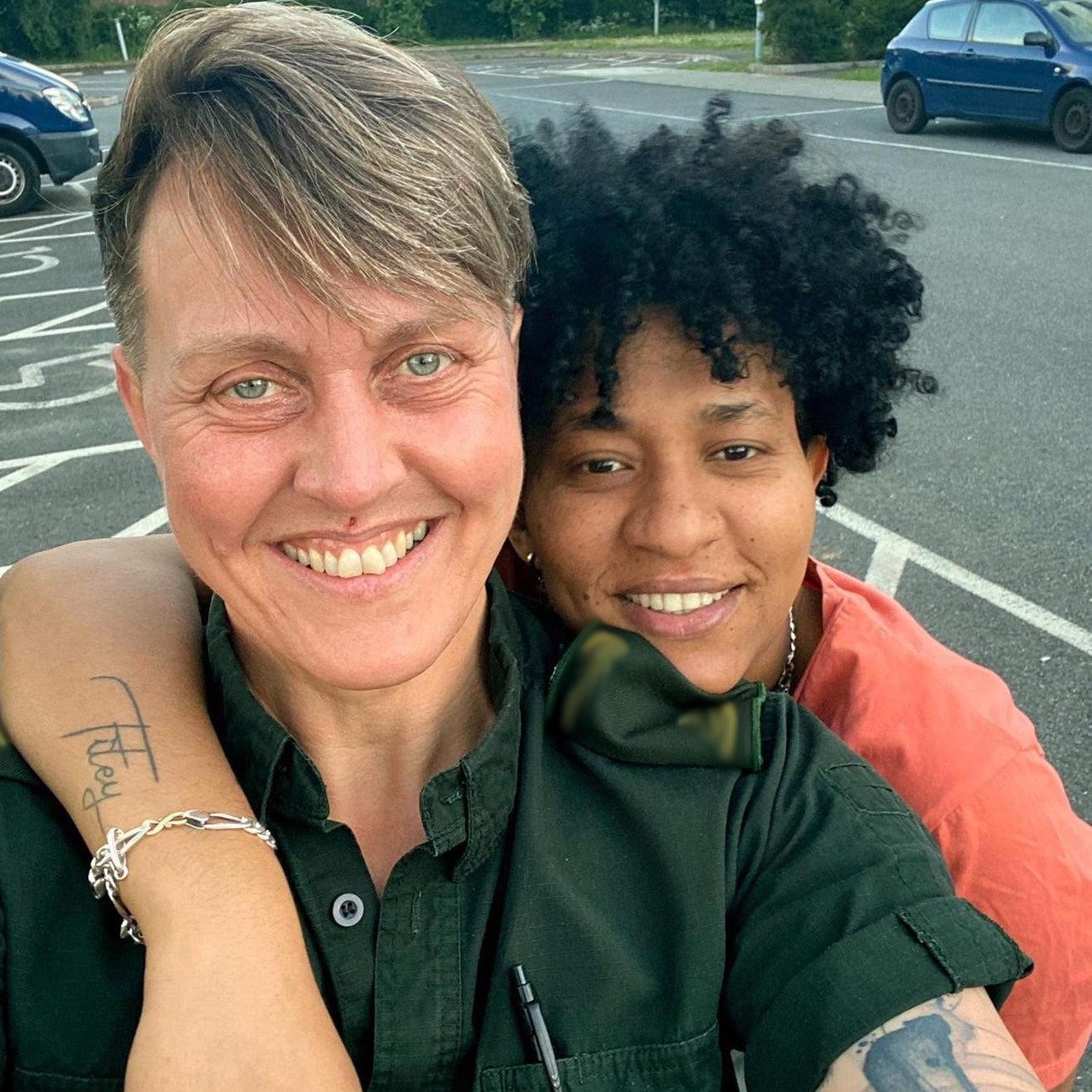 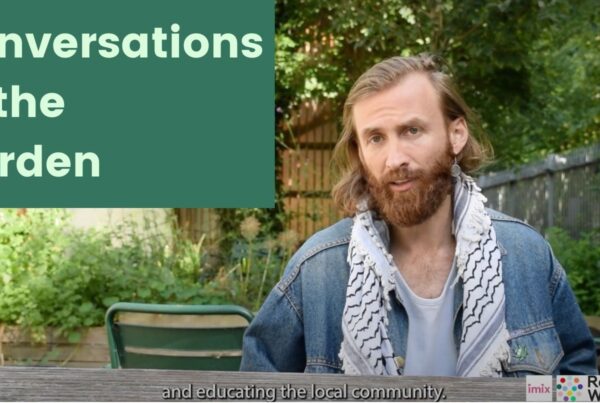