‘I found a political home in the UK’ 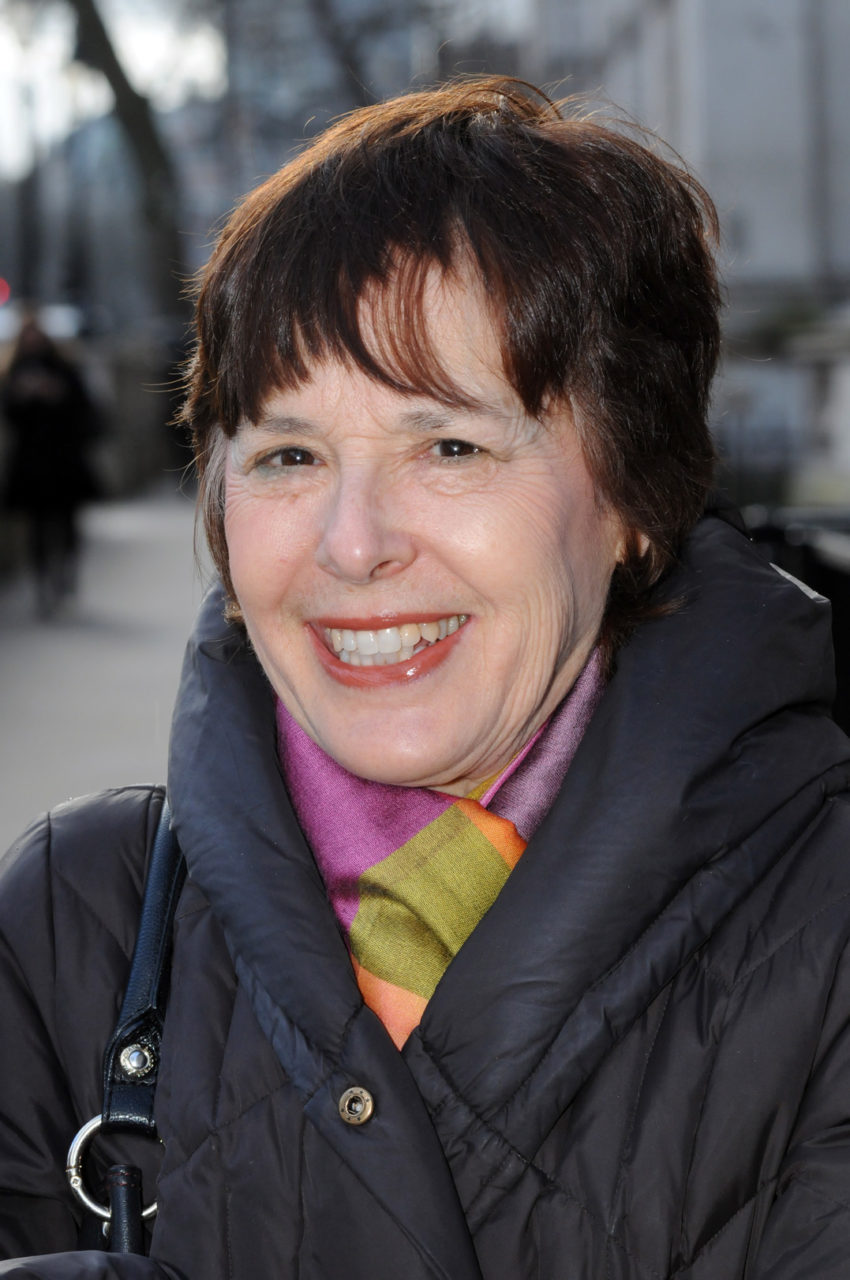 Dr Edie Friedman came to the UK as a young student activist. She has lived here ever since, and founded JCORE, an organisation that fosters Jewish values and identity through social action.

I came to the UK originally just for one year when I was 20. I was studying politics at the time and went to Leeds for an exchange year. I liked the place and the university, I found it a refreshing change from Chicago, where I am from.

I loved Britain because it had really great social provision and not much crime. I so admired its values of social justice and openness and thought that the United States could learn a few lessons from the UK!

Life seemed easier here. I acclimatised almost instantly and found a political home in the UK. It was like wearing a pair of gloves that fitted perfectly.

I was coming from a very difficult period in the United States. Some black students were killed in Jacksonville and white students in Ohio. President John F. Kennedy was assassinated, as was his brother Robert, five years later. Also in 1968, Martin Luther King was assassinated as well; it all felt heavy.

At the same time, the Civil Rights Movement and the campaigns against the war in Vietnam were happening. Many Jewish people were active in both of them and this gave me a sense that if you are Jewish you have to be involved in social justice.

So I had become a student activist in Chicago and campaigned for the Civil Rights Movement and against the war in Vietnam. When I arrived at Leeds to study for one year, I thought I was going to take a year off from my activism but that only lasted two weeks!

I settled almost instantly in the UK, I met like-minded people that introduced me to so many good things, like walking in the English countryside. Also, for someone like me coming from a big city in a big country, living in a smaller centre like Leeds helped a lot. It seemed more human.

I soon started volunteering for Oxfam and with them, I learned a lot about world development issues. I then went back to America and kept doing some fundraising for the charity, but I just felt like a tourist there. So I came back to Leeds, did my PhD and continued working for Oxfam.

JCORE is a leading Jewish voice on race and asylum issues in the UK. We produce education material for minority communities and work to create a dialogue between Black, Asians and Jewish people to look at our shared experiences. Racism operates differently towards different communities, but we need to have a sense of solidarity between all of us.

We collect basic necessities goods for destitute asylum seekers to respond to their needs and, especially, to restore their dignity. We have set up a befriending scheme (JUMP) to assist unaccompanied refugee minors. JUMP’s volunteers help them in a variety of ways like finding a place to live and applying for college.

Also, at JCORE we mentor refugee doctors, and this resonates with the Jewish experience as well. Jewish refugee doctors had a hard time when coming to Europe in the 1930s, and often they couldn’t continue to practice their profession.

JCORE’s campaign ‘Let the Children In’

Once, we even invited Nelson Mandela to a fundraising dinner with another organisation and he came! But this is a sad story for me because, although I did shake his hand a couple of times, when it was time for me to meet him, I was called away. Everyone was looking for me, but I came back too late. I never got my hug from Mandela!

Activism is part of my DNA. I couldn’t do life any differently. My Jewish background, even if I’m not religious, does influence my attitude about social justice.

My husband is a retired doctor and an activist himself for the National Health Service. We have a daughter and one of the first words she learnt was ‘racism’, so we don’t have any arguments in the family around political views!

From Chicago, I brought with me just a few possessions of my grandparents, who were from Odessa in the Ukraine and later moved to northern Greece. In particular, I am attached to one book by the photographer Roman Vishniac. He became well known during the wars for his poignant and heartbreaking pictures of Jewish communities in Eastern Europe before the Second World War. It’s difficult to accept that most of the people photographed would not have survived the Holocaust. 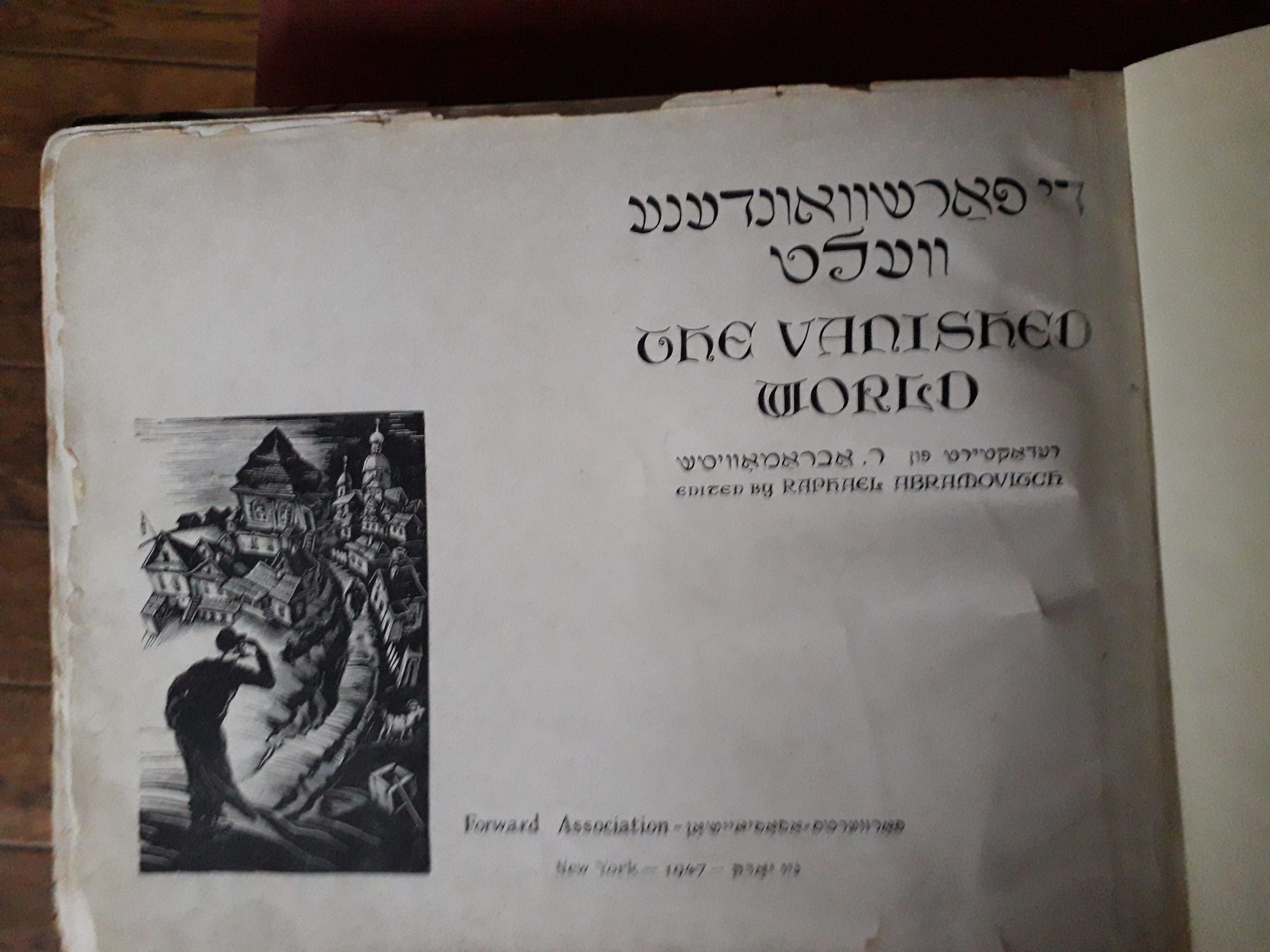 I’ve always felt a connection with my grandparents because I identify myself more as European than American. I went back to Thessaloniki last year to find out more about them. They both had a very hard life in Europe and then moved to the United States. My grandfather was a violinist, and my love for classical music comes from him. I wish I still had his violin.

My activism with JCORE for the past 40 years has brought me a lot of satisfaction: we are increasingly recognised within the Jewish community, we are developing positive work relationships with a cross-section of organisations, and dialogue with Black and Asian people has significantly increased.

However, my aspirations for JCORE’s future go even beyond this anti-racist agenda. For the organisation to be truly successful, social justice concerns should become a more integral part of Jewish identity, our values and our interaction with the rest of society.

Overall, my journey has been a pretty positive one.  Of course, it is difficult to always remain resilient. The world is full of both bad things and good things. It’s all about which voice you hear.

IMIX 🧡 · 57 minutes ago
@IMIX_UK
'I am now happy that I do not have to defend myself for simply being myself.'

Jason faced violence for being an out-and-proud gay man in Trinidad and Tobago.

https://t.co/sJ0UotYCHu
View on Twitter
Refugee Action 🧡@RefugeeAction
“We must apply common-sense. There’s nothing controversial or unreasonable in the contents of the Bill”