For Sama: a moving love letter to young generations in war-torn Syria 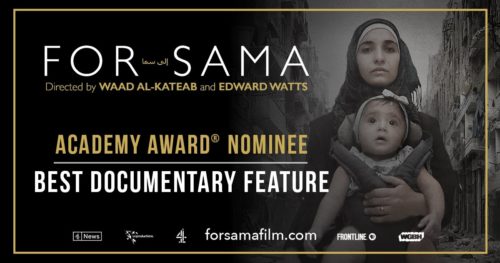 When she was aged only 18, Waad al-Kateab started filming moments of her daily life in Aleppo. It was the early 2010s, at the very beginning of the Syrian Civil War.

From her university activism to volunteering in a civilian hospital, to her wedding and pregnancy, she continued documenting her life as the conflict unfolded. Her footage has now become an award-winning documentary.

For Sama is a self-shot, intimate and visceral movie telling Waad’s journey through motherhood during the bombings of the Syrian Civil War. It is a story of love, resilience and hope, but framed by suffering and harsh dilemmas.

‘Sama. You’re the most beautiful thing in our life. But what a life I’ve brought you into. You didn’t choose this. Will you ever forgive me?’ This is the uncontrollable fear that grips Waad when her baby is born in a hospital’s basement to the sound of mortars.

She has to face the decision about whether to flee Syria to protect her daughter’s life or stay to continue documenting war crimes and fighting for freedom. 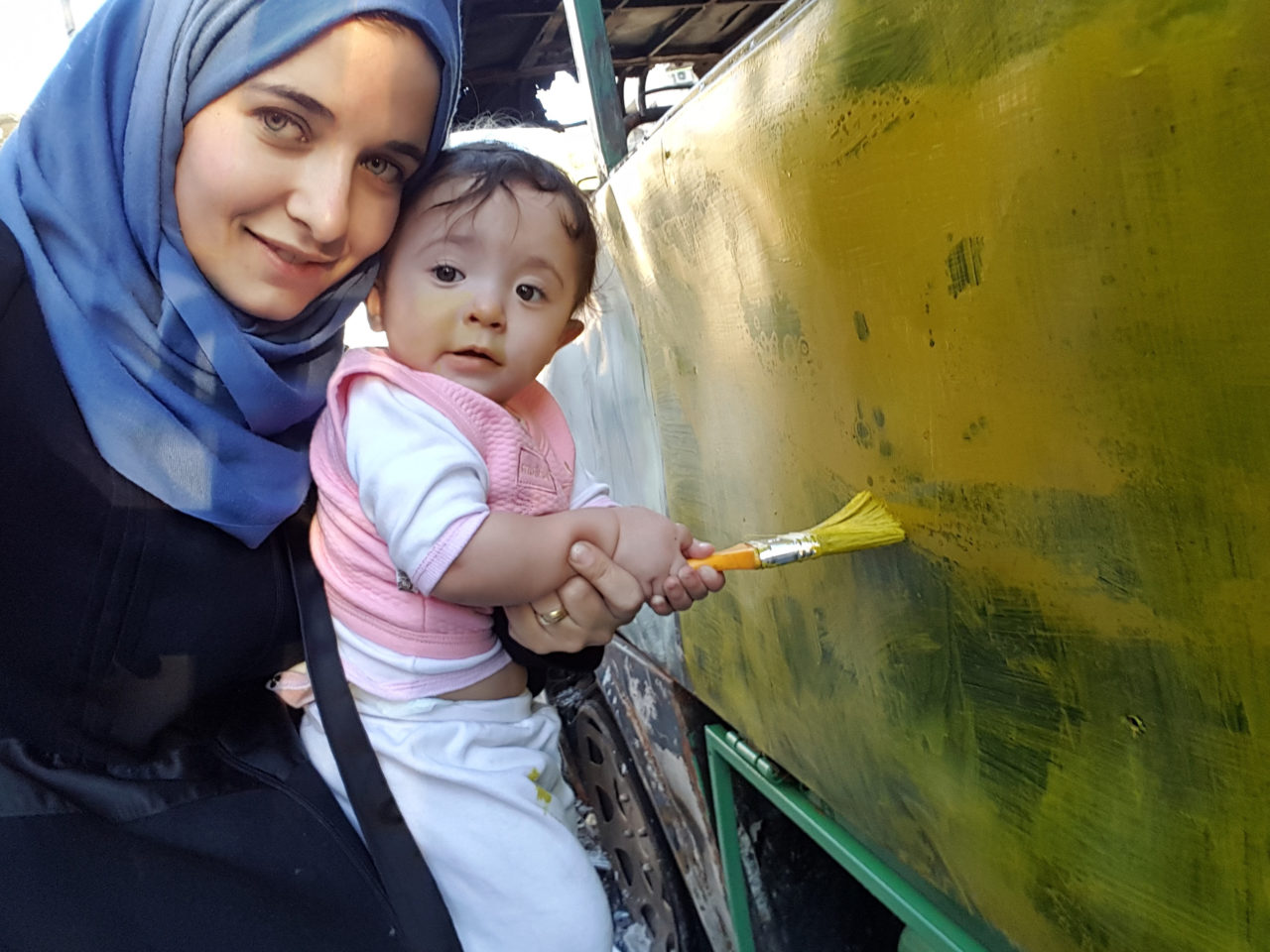 Produced by Channel 4 and released in the UK last September, the documentary was awarded at the 2019 Cannes Film Festival, it received an Oscar nomination and won a well-deserved BAFTA in the Documentary category. It also started the campaign Action For Sama to increase awareness of the continued targeting of healthcare facilities in Syria and help to build pressure for this to end.

Co-directed by the British filmmaker Edward Watts, For Sama is edited from over 500 hours of material gathered over five years and it is one of the most extensive video archives of the ongoing Syrian conflict.

During her moving acceptance speech at the British Academy Film Awards, where she appeared with her husband and a now four-year-old Sama, Al-Kateab said: ‘As we are speaking, there’s a bombing on over 3.5 million civilians,’ reinforcing the emergency situation still raging in Syria.

It is not an easy film to watch. The un-sanitised images which normally would not appear in mainstream media forcefully convey the grief of Aleppo civilians, from the city’s dusty roads to the blood-stained hospital floors.

The risk of sentimentality is widely avoided by revealing an almost alarming normalisation of war. Showing the hospital staff who hurriedly wrap another child’s lifeless body in a cloth forces the viewer not to look away but to acknowledge the sense of urgency.

It is the film’s highly committed journalistic intent that makes it so powerful. More than ever this documentary teaches us the importance of storytelling from experts by experience. Only when we hear the voices of those in the midst of the crisis, can we start to truly understand what they are going through.

However, among the horrors of the conflict, Waad’s maternal eyes manage to capture beautiful poetic moments like the slow growth of her backyard plants or baby Sama’s smile.

What really guides the storytelling is the love she dedicates to Sama and all future generations. ‘When I grow up, I want to become an architect to rebuild Aleppo,’ says one young boy towards the end of the documentary, suggesting that, even in the heart of the crisis, there is still space for hope.

For Sama is part of Refugee Week’s film festival Moving Worlds and it will be available to watch at home on their website during that week. On Monday 15 June, International Organization for Migration (IOM, the UN Migration Agency) and Action for Sama will also host a discussion panel with director Waad Al-Kateab.

Today we're sharing Nejat's hugely powerful story of her journey from Eritrea to finding refuge in the UK. Now she runs ... a successful beauty business in Brixton & is supported by the brilliant organisation @TERNrefugee @AnqaCollective 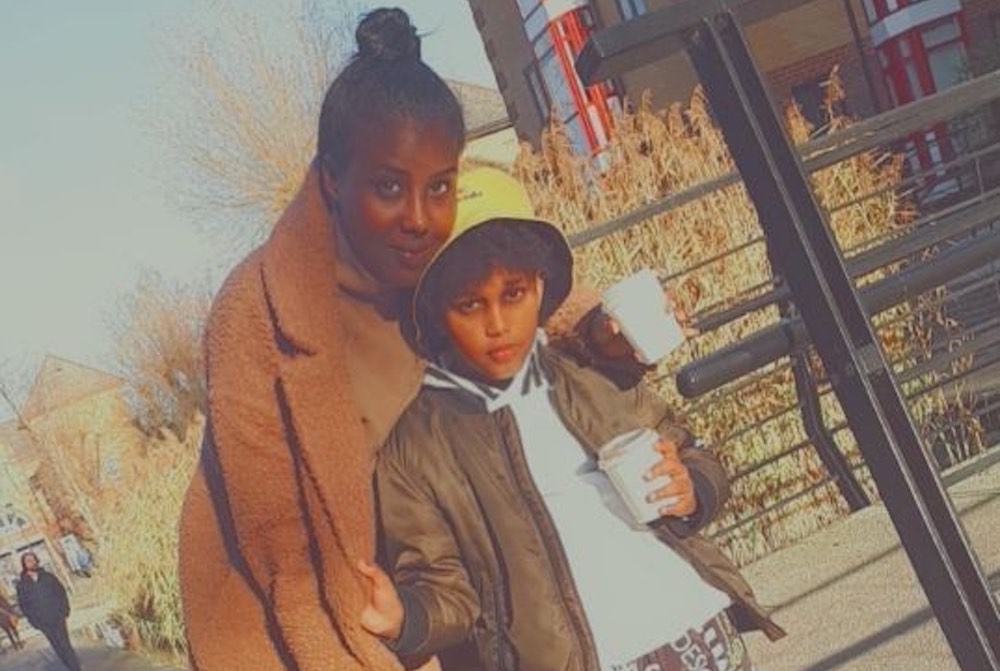 'Aged 14, I walked from Eritrea to Sudan. I was one of the lucky ones. I survived.' - IMIX

Nejat tells her extraordinary and difficult journey from Eritrea to the UK where eventually she was able to find safety and build a new life.

Today we're sharing Nejat's hugely powerful story of her journey from Eritrea to finding refuge in the UK. Now she runs ... a successful beauty business in Brixton & is supported by the brilliant organisation @TERNrefugee @AnqaCollective

'Aged 14, I walked from Eritrea to Sudan. I was one of the lucky ones. I survived.' - IMIX

Nejat tells her extraordinary and difficult journey from Eritrea to the UK where eventually she was able to find safety and build a new life.