‘I came for the chance to live as a human being’ 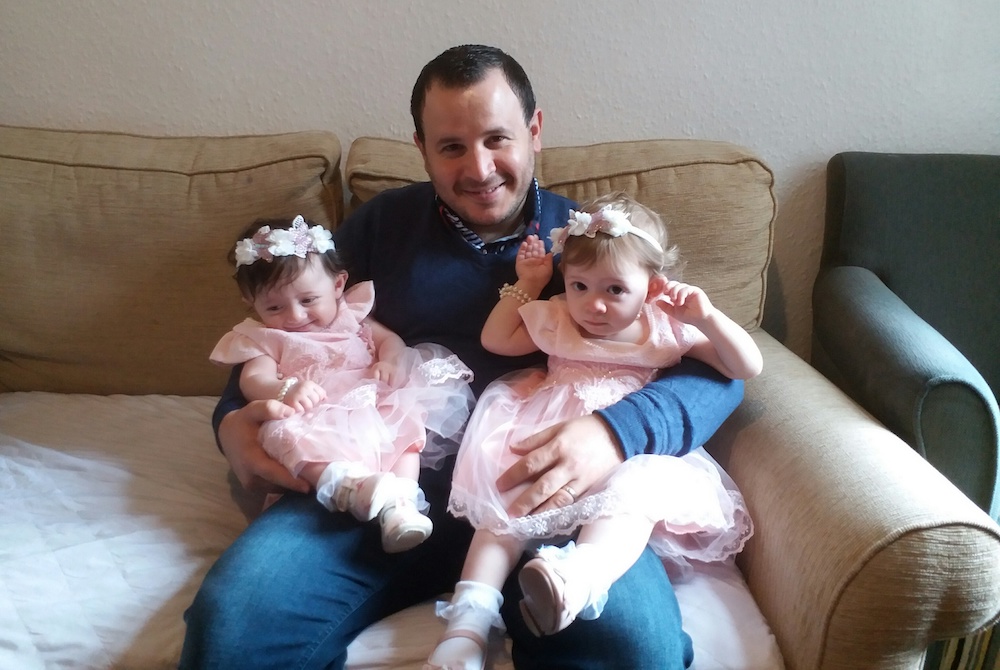 Ahmad Ahmad shares his powerful story of journeying from Kuwait to a refugee camp in Lebanon to finally finding safety in the UK.

I was born in Kuwait but spent most of my life in a refugee camp, if you can call it that, in Lebanon. I was effectively stateless and prevented from living as a human. There are no rights for Palestinians in Lebanon. But we had no choice: my grandfather was forced to flee Palestine in 1948 when the country was occupied and taken over.

Although I am Palestinian, unfortunately I have never seen my country because of the occupation. I yearn to visit my homeland every day.

People are born and die in that camp in Lebanon. You can study as a doctor, engineer or lawyer if you have the money but you’re not allowed to work in these roles outside the camp. You’re not allowed to build a home and if you wish to travel somewhere, you need permission which you won’t always get.

There’s no police, no law and no future for young people. The army surround the camp; it’s very crowded, like being in a prison. Two or three families share a house with one small bathroom. I dreamed of becoming a doctor and had the marks and qualifications to do it. But you can’t live, you can’t dream in that place. It is very unjust.

I became the sole breadwinner for my family when I was just a teenager. It was a very difficult time. I worked every day and when I wasn’t working, I was studying. I met my wife in 2013 but we couldn’t make any plans for a life together or for a family. We didn’t want to bring children into that environment with no hope or opportunity; where they would have to live like us. All my money went to supporting my family. I couldn’t provide for anyone else.

Throughout all our struggles, my wife has kept me going, encouraging me and giving me courage. She made me successful. I love her so much more than words can explain.

As Palestinian refugees, our circumstances became worse. We made the difficult decision to escape the persecution we had endured for so long. I came to the UK for a chance to live as a human being. We arrived in October 2017 but life was still very hard.

On my journey, I brought a ring decorated with the flag of Palestine made in the capital, Al Quds which is a gift from my uncle. It is very expensive on my heart. The ring reminds me of my family and my beloved homeland. It always encourages me to overcome the difficulties. It makes me always think of my beloved people who suffer daily murder, displacement and war. 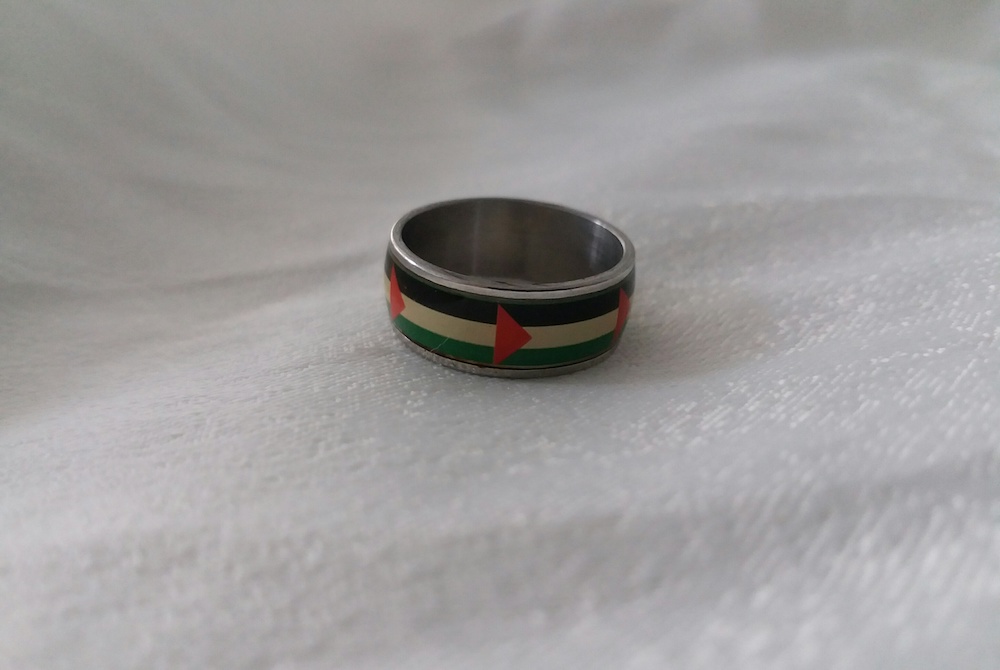 No-one wants to leave their home, and it’s painful to be separated from your loved ones. As an asylum seeker, I only had £37 a week to live on for everything I needed. I wasn’t allowed to work and the whole time I was anxious about the decision I would get. We couldn’t plan for the future and mentally it was very tiring.

I refused to let this get me down. It was important for me to serve my new community in whatever way possible and to give something back. I always wanted to improve my language and skills, so that I could contribute and make friends, if I was given a positive decision. I started English classes and completed these within a month, before starting my GCSEs at college in English and Maths.

The first place I visited in Coventry was Coventry Refugee and Migrant Centre (CRMC). The people there were very welcoming and offered a lot of support to me and my wife. Eventually, they also offered me a volunteering role as a receptionist and Arabic interpreter. I feel I now have family here in the UK. They have been essential in keeping me going.

My wife and I were eventually granted leave to remain in December. This new-found freedom is amazing. I am working at CRMC as a Community Participation Officer. Meeting other people, helping them to improve their lives and getting involved with communities across Coventry warms my heart. It is great to be part of the city. Living in Coventry is the best thing. It is a very beautiful city where all the people are happy to help anyone. The local community have been lovely and we are very happy to be here.

One day I would also like to go to university and to become an engineer. I have two young daughters and now, finally I am looking forward to the future. I want to build a real home in Coventry. My main priority is my daughters and ensuring they have the opportunities I didn’t have and can dream to do whatever they want. 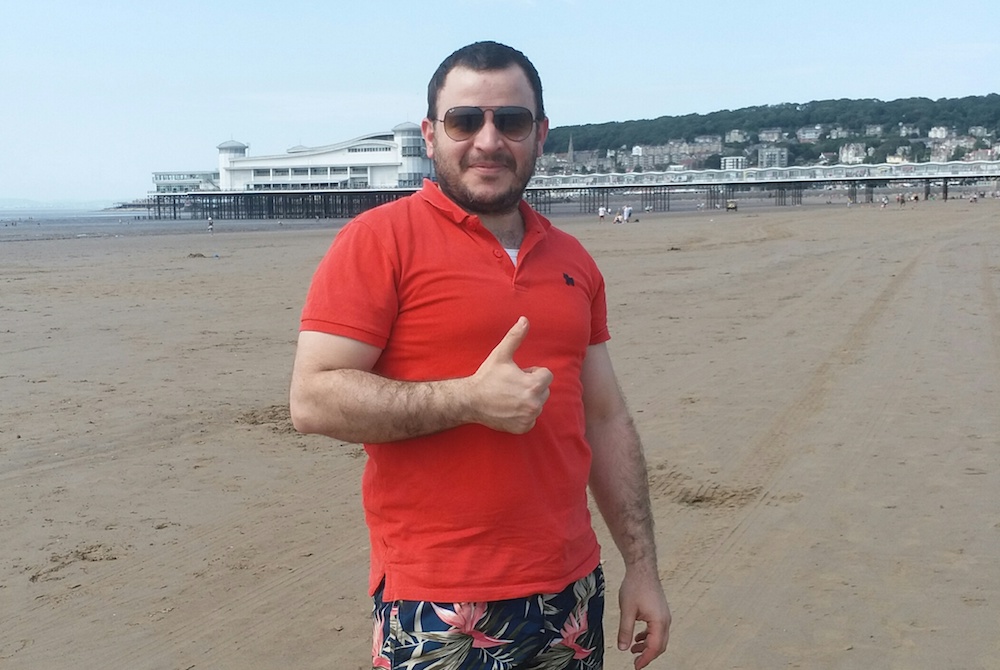 Human Journeys tells the stories of people who have travelled and moved to the UK, the journeys they embark on when they arrive and those which they are still on, in their own words. The stories shared will also feature some of the people who work, volunteer and campaign on issues of people movement – and how they journeyed into this work. 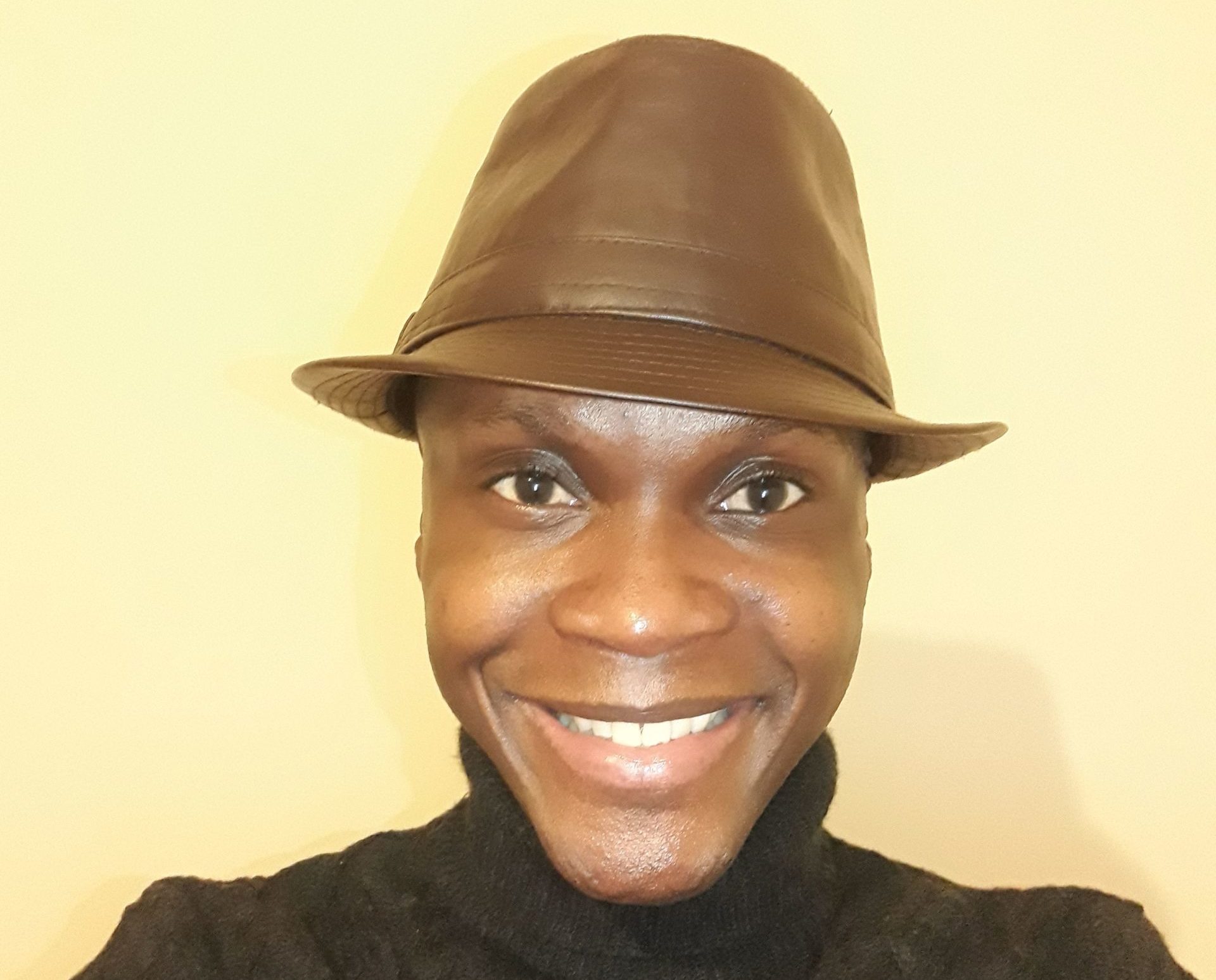