‘I kept going because I fell in love with this country’

Alunica Lepadatu came to the UK to further her career in human rights advocacy. She now works for the Luton Roma Trust and the Roma Support Group, defending the rights of the Roma community in Britain.

I was born in the Republic of Moldova to a traditional Roma family. In Moldova I began my career as a TV journalist, defending human rights and working on projects that supported my Roma community nationally and internationally. For many years I worked hard, studying and developing projects and ideas. Unfortunately, corruption prevails in Moldovan governance and my career couldn’t progress. Every time I led a project, pouring my time, ideas and hard work into it, I would often be replaced and someone else would take credit for my work. This happened so many times that eventually I realised I had to leave the country; I couldn’t develop there. Moldova gave me my education, for which I am grateful for, but it had nothing else to offer me. I wanted to go somewhere where I would see the results of my hard work. 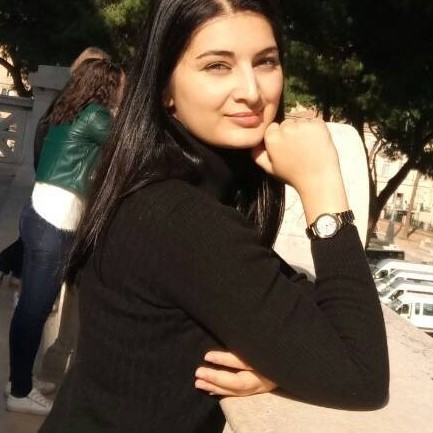 Being also a member of an EU state, I finally decided to accept a social care job in the UK. It was not an ideal job for me but at the time I was emotionally distressed and willing to take anything to be able to leave. After paying for my plane ticket and my accommodation, I arrived in the UK in 2015 with only €400 in my pocket. The beginning was extremely difficult, emotionally and physically. I changed jobs and location many times, working in an airport, in hotels, in social work. Wherever I went I was met with hate speech, regularly being called an ‘immigrant’ and a ‘gypsy’. It was difficult but I survived. I am an immigrant, a gypsy, a Roma, it’s not something I’m hiding because this is true. If people call me those things in a negative way it’s because they don’t know me. Even though the beginning was so difficult, immediately I could see the results of my hard work.

I wanted to find somewhere where I belonged, a community to feel part of, so I started volunteering for Gypsy Roma organisations. I volunteered for over a year working for my community and realised that this was the best work I could do. I currently work with the Roma Support Group and Luton Roma Trust.

When I first arrived in the UK I was desperate and devastated. It was an incredibly hard time for me, yet I kept going because I fell in love with this country. Even though it was hard, it offered me a chance to survive. When I arrived I felt like I had turned up with my eyes shut. I didn’t know where to go, who to turn to but I was ready for anything. God helped me, and this country helped me. I saw the light at the end of the tunnel, and from the very beginning I saw that if I worked hard I could get the results I deserved.

My faith kept me going during this time. It’s extremely important to me as I’m a spiritual person. I don’t have a specific object that I carried with me from home on my journey, rather, I carried my faith inside me. There is now an object that I treasure: the very first greetings card that I received during my first Christmas in the UK from my first employer. That first Christmas was so strange, but I’ll always remember it as the day I was given a sign of hope. On Christmas day, back in 2015, I’d had a very hard day at work. I didn’t get to a church until 11pm at night. I had to walk through the graveyard to get there, and there was a full moon that night – I remember it being scary! When I got there, the church was shut. I was so tired and disappointed. Luckily, the people who worked there saw me as they were leaving. They turned around and opened up the church for me. I took this as a sign that everything will be fine, it was a symbol of hope for me. 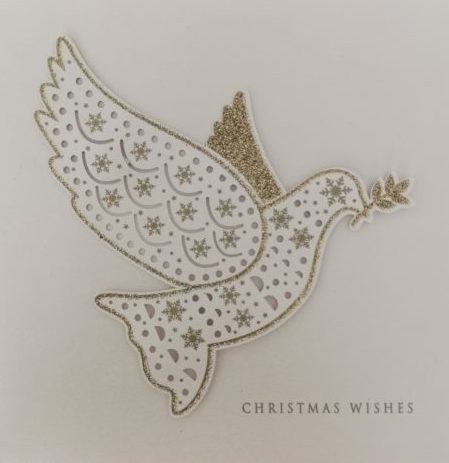 In the current climate, moving to this country is even more difficult and poses more challenges than when I arrived. Brexit, the pandemic, anti-migrant attitudes all make it much harder to feel welcome in the UK. Despite how difficult it might be, to anyone about to make the same journey I made, I would say, don’t be afraid. Yes, it will be difficult, the first step is always the hardest, but if you believe in yourself and you know it will be beneficial, then take that first step.

When I arrived in Britain the main challenges were the cultural differences. I didn’t know anything about the UK; I didn’t know it was actually four countries in one! The food was also completely new to me. When I was working in social care the clients didn’t like the food I cooked. In their eyes I was very much an ‘immigrant’. I arrived in Britain just before the Brexit referendum. I knew people were suspicious of me. I was always trying to reassure people that I was the same as them.

Early on I was working in the office of a grand hotel in central London. After a few months I started noticing some internal emails to the staff saying we have ‘friends’ staying with us. I was told ‘friends’ was code word for gypsies. These emails shared their names, their room numbers and warned us to careful of them. I was so angry at this hate speech that I told my coworkers, “I am one of them.” They were shocked. I couldn’t wait to leave that job after that.

When I reflect on my journey now, I know it was worth it. Every beginning is difficult and many people have much harder beginnings than mine. That moment at the church on Christmas was the first sign of acceptance and since then everything has changed, little by little. I’ve now been living in the UK for five years and have fallen in love with it. It doesn’t matter what people think of me or call me, because I know I can change their opinions for better. I also know that my endeavours and hard work will always be rewarded. I often travel home to see my family in Moldova, but now I feel like a stranger there. Whenever I go anywhere, I’m glad to return back to the UK, because here I’m home.