‘I kept thinking that peace would never happen to me, until it did.’

David Carril left Spain during the economical crisis in search of a better future in the UK but he never dreamed it would give him the opportunity to become a full-time Celtic musician.

I was studying all my life Celtic music, typical from my area. It’s called Galician folk music. It’s a Celtic tradition in the north of Spain. Galicia where I am from is actually called the seventh Celtic nation. I always loved this kind of music.

An economical crisis came to Spain and suddenly I lost my job in construction. I had more than a year without doing anything. It was a depressing situation. But I had a chance. A friend, I had previously worked with who had moved to the UK, came back and offered me some help. He helped me to rent a room and find a job. It was kind of a tragic moment for me. I knew everything in my life was going to change. I could have stayed there with my fingers crossed, praying for something to happen but I didn’t see that was possible in that moment. I had to leave everything, all my life and pack a bag and come to a different country with a different language, with a different culture and try to start a new life. This option was difficult for me. But I took that choice and I can say now that I am very happy with this. 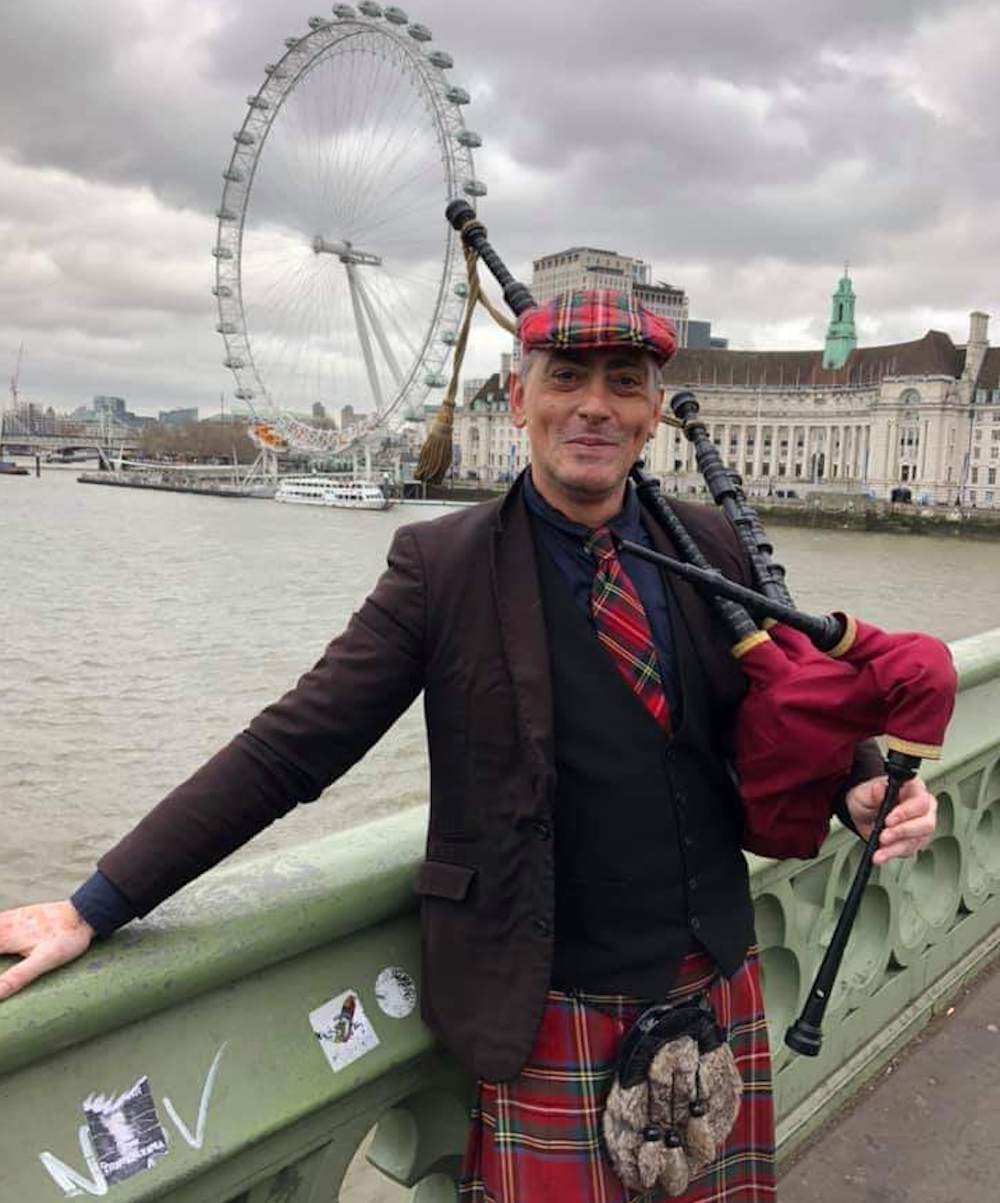 I came ten years ago. I didn’t know at all where I was coming. I didn’t know how the country was, how the life here was. I was thinking to myself I could speak and understand English because I was very good at school. But when I came here I realised I couldn’t understand very much and it was hard for me to express myself.

I remember that flight when I was thinking I had left my whole life behind and I was starting a new one. I didn’t know what was going to happen, it was the hardest moment in my life. I kept crying in that flight. I kept thinking that peace would never happen to me, until it did.

I was feeling confused and sad but also that I should move and face my life. It was a mix of emotions. It was sorrow, bravery and determination.

The only special object I had was my bagpipes because it was something that I never wanted to give up. I knew I was going to a city that might think it wasn’t interesting but it was nothing I wanted to give up. I thought I could still have the chance to practise. I never expected to make a living from it.

It was my landlady who took me to a restaurant for her birthday with her friends and the owners came from the same place as me. Eventually she asked if I would play something for her birthday. I didn’t want to embarrass myself and was feeling very shy. So, my landlady spoke with the owners and asked if it was possible for me to play and they said, ‘Yes, of course’. I started to play. The owner was previously a drummer for the bagpipes and when we finished he asked me if I could perform Saturday nights there. That’s how I started.

Sometimes life makes us a present and we don’t want to accept it. It was the greatest thing, it changed my life. 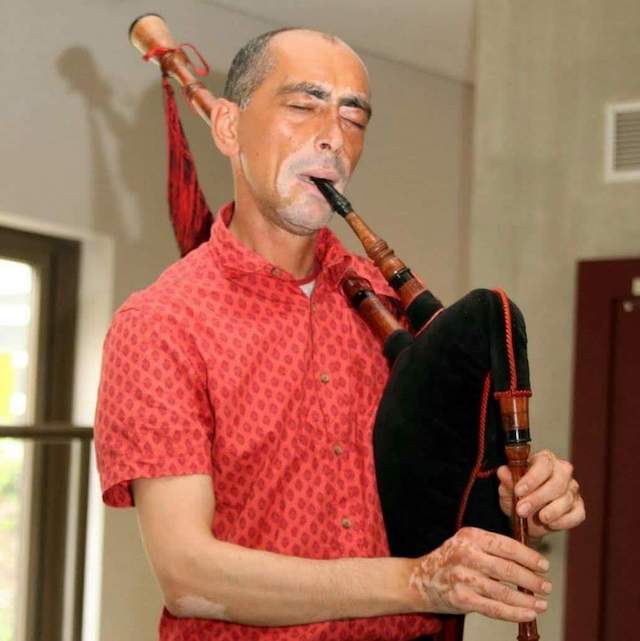 My first days I was surrounded by Spanish speakers. When I was offered a job as a cleaner in the Magistrates court, I had to learn English because my manager didn’t speak Spanish. It was hard for me because I wanted to try to express myself properly. It took me one year to express myself with English.

I found English food hard to get used to, but now I love it. I realised I had to change myself and not change everyone else around me. You have to rethink the way you are living and the way you used to live.

The winter was the first sensation I had. It was so cold. I am used to cold winter being from the north of Spain, but I am not used to this cold. Now I am used to it. ‘How can it be so cold?’, that is what I was thinking when I first came. I arrived in February and March was very cold. I remember after a month of cold, I thought I have to leave this country.

From that restaurant event I started to get offers and become known among the Spanish community which was really great. It changed my life because Spanish musicians used to want to come and play and learn my style, as well as other Celtic musicians from France and Ireland.

I started to play in Westminster because I felt the need to practise. I couldn’t practise in my room because of my neighbour. One day I crossed Westminster bridge and saw a piper playing outside so I thought if he can, then I can. A friend of mine said that I could make more money if I wore a kilt. I got a cheap one to start with and noticed that I started to earn more money! 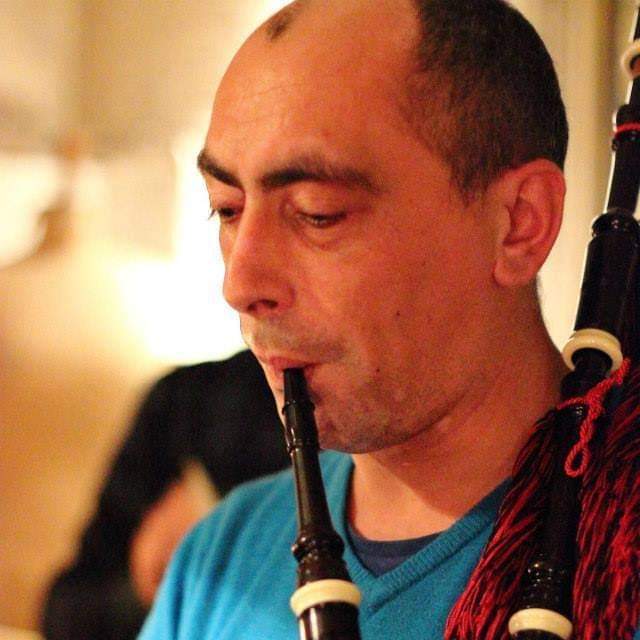 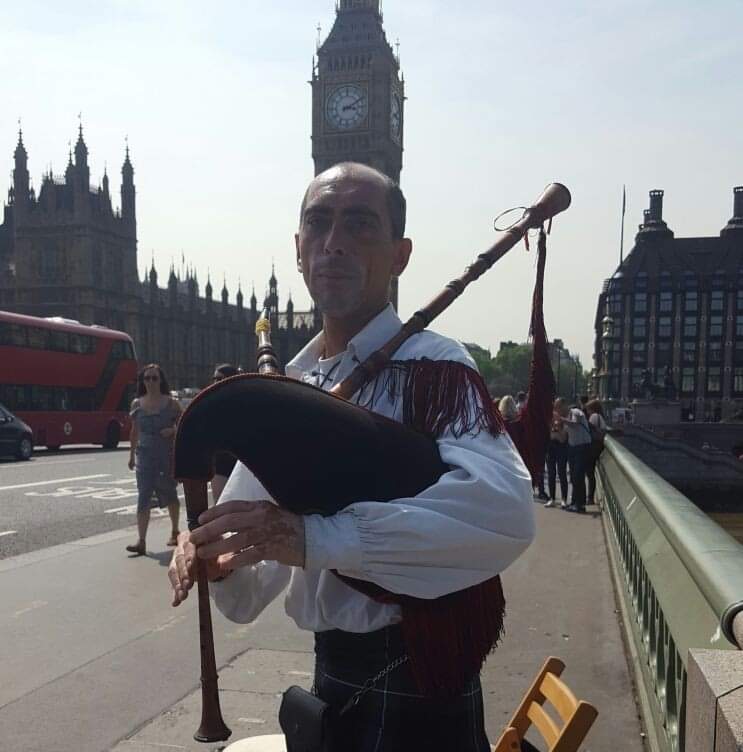 When the pandemic came here it was the second time in my life I have felt lost and confused. I had to stop busking suddenly. I got a job cleaning a hospital for three months. I wanted to be useful. When I left my job my manager said, ‘You have been very useful because you came in the worst moments we have ever experienced in this hospital.’ All the staff were afraid and confused. I was working very hard because of my conscience. I was aware it was something important to do my job, that my job was important for people. I wanted not to just do my job, but to do something better than my job.

Now I feel this is my second home, an amazing country where people respect each other. Different races, religions and political views. It’s something that I love. I can go into the street and talk to someone from every corner of the world. I am very happy that I came here. It changed my life 200 per cent.

I want to say to people never to be afraid. When they need to leave their comfort zone for a good reason, just to do it. It’s hard but after that they will see a difference. When I think of that journey now I feel a bit sad because I know I was feeling very vulnerable, confused and disorientated. I feel sorry for that person that took that flight. But I am very proud of him because he was a brave man. He did what he had to do. 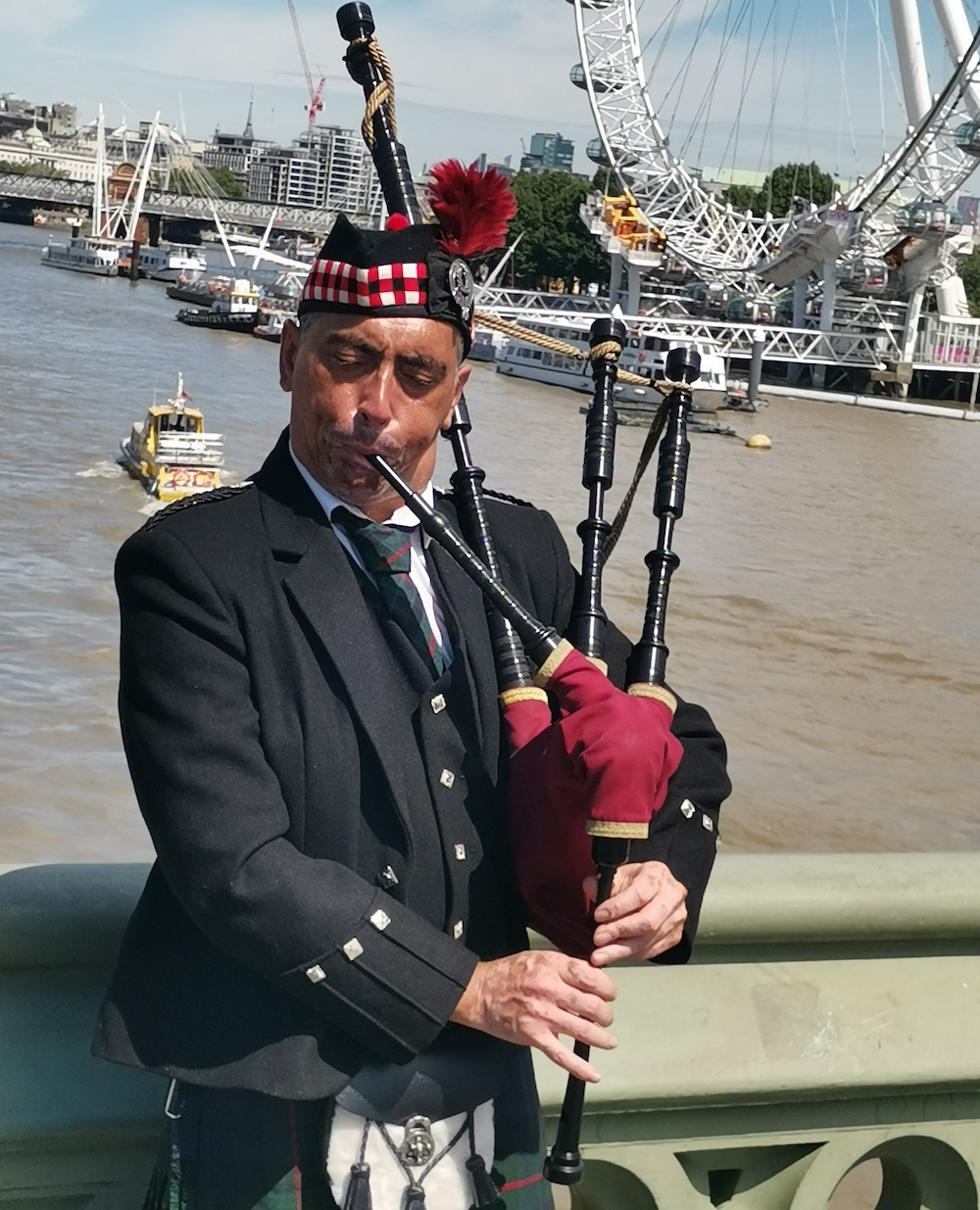