‘I wish I hadn’t had to make that hellish journey’ 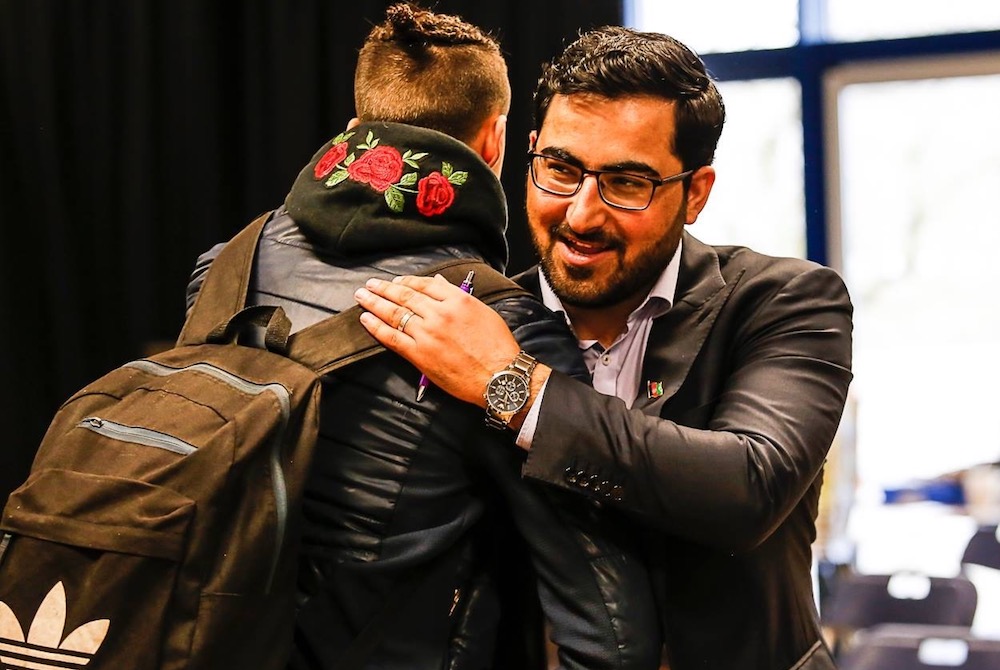 Aged just 12, Gulwali had to leave his home and family to make an epic journey to safety across ten countries.

When my brother and I fled Afghanistan due to the war, my mum said to us: ‘No matter how bad it gets, don’t come back and hold onto each other’s hands.’ So, when the smugglers separated us, the thing that kept me going on the journey was not letting my mum down.

I travelled alone across ten countries, over 11,000 miles, going through a lot of troubles and difficulties. I was only 12. All the time I was looking for my brother.

My family paid a lot of money to traffickers to allow us travel to Europe, but we were treated as a commodity, not like human beings. I went through Pakistan, Iran and Turkey; I was imprisoned in Bulgaria, deported to Turkey and then back to Iran.

Luckily, I eventually made it to Greece. I travelled with another 120 people on a leisure boat made for 20 or 30 passengers at the most. It was absolutely inhumane and unreasonable. We were on that boat for three days and three nights, but it was only supposed to take four hours. In the middle of the Aegean Sea, the boat broke down. I was certain I was going to die there. I made it out alive only because the Greek coastguard rescued us: we were lucky, if they hadn’t, our boat would have capsized.

In Greece we were undocumented, seen as criminals according to the state, and beaten with sticks by the police. It was there that, for the first time in nine months, I heard about my brother from a smuggler. I found out he was heading to the UK, so I knew I had to go there. I ran away from the refugee camp where I was held and headed to Italy.

I hid on the top of a lorry engine under the driver seat. It was very hot and risky, and I was afraid of being thrown under the tyres. But I was very small and managed to survive. The Italian police were very good to me. They took me to the police station, kindly asked my name, age, nationality and gave me some food. I remember it was orange juice and croissants. That act of kindness has stayed with me for more than 12 years.

I spent two weeks in a children’s home near Bari. That was the first time in nine months, I felt safe and secure. Actually, it was the first time I had felt safe in many years, since I grew up in a war zone. It almost felt strange not to have to run for my life or worry about food and shelter. But I had to leave that place to come to the UK and find my brother.

One of my brother’s friends helped me to get to ‘The Jungle’ in Calais. The refugee camp was even more miserable than I had imagined. It was not a place for humans, it was not fit even for animals. We were harassed by the police on a daily basis. After my hundredth attempt, I finally made it to the UK in the back of a refrigerated lorry. If the driver had put on the freezer, I would have been killed on the very last leg of my journey.

Getting to the UK was not the end, it was another story, another battle. Another experience which was as hard as the journey. This was more of a mental struggle than a physical one.

The main challenge I faced when in the UK was the legal limbo with the Home Office and Social Services around my age and nationality. It took me two years to challenge it. It was as if I was guilty and had to prove myself innocent.

I was still desperately looking for my brother at that point. But the Home Office said: ‘There are 60 million people living in the UK, we can’t find your brother.’

I was staying in a centre in Kent but because of my anger and frustration with the whole process, I ran away. Eventually I came back and apologised, but as a punishment they did not let me go on a London trip with the other young people living there.

When the group were in London, they met some other young Afghans on the South Bank. They said to one of the boys: ‘We know someone who talks as fast as you and looks like you.’ When they came back to the centre they tried to talk to me but I didn’t want to listen. Then they said: ‘Gulwali, we met your brother!’ The next day my dreams came true: my brother called me. Neither of us could believe such a coincidence. A few days later, he visited me. We were finally reunited after such a long time: it was the most wonderful feeling.

My mother saved us, but she also lost us. I’ve not seen her for the last 13 years. I wanted her to be at my wedding in Denmark a couple of years ago, but I had no family members there. Not even my brother could attend because he didn’t have travel documents, as he was still waiting for his status to be granted. I wish I were with my loved ones, that they could come and visit in a safe way, but the UK makes it impossible for the people from my country. Being a refugee is a huge sacrifice.

It took me five years to get refugee status and 11 years to get my Indefinite Leave to Remain. I’m now going through the citizenship process, but I’m still not allowed to vote. 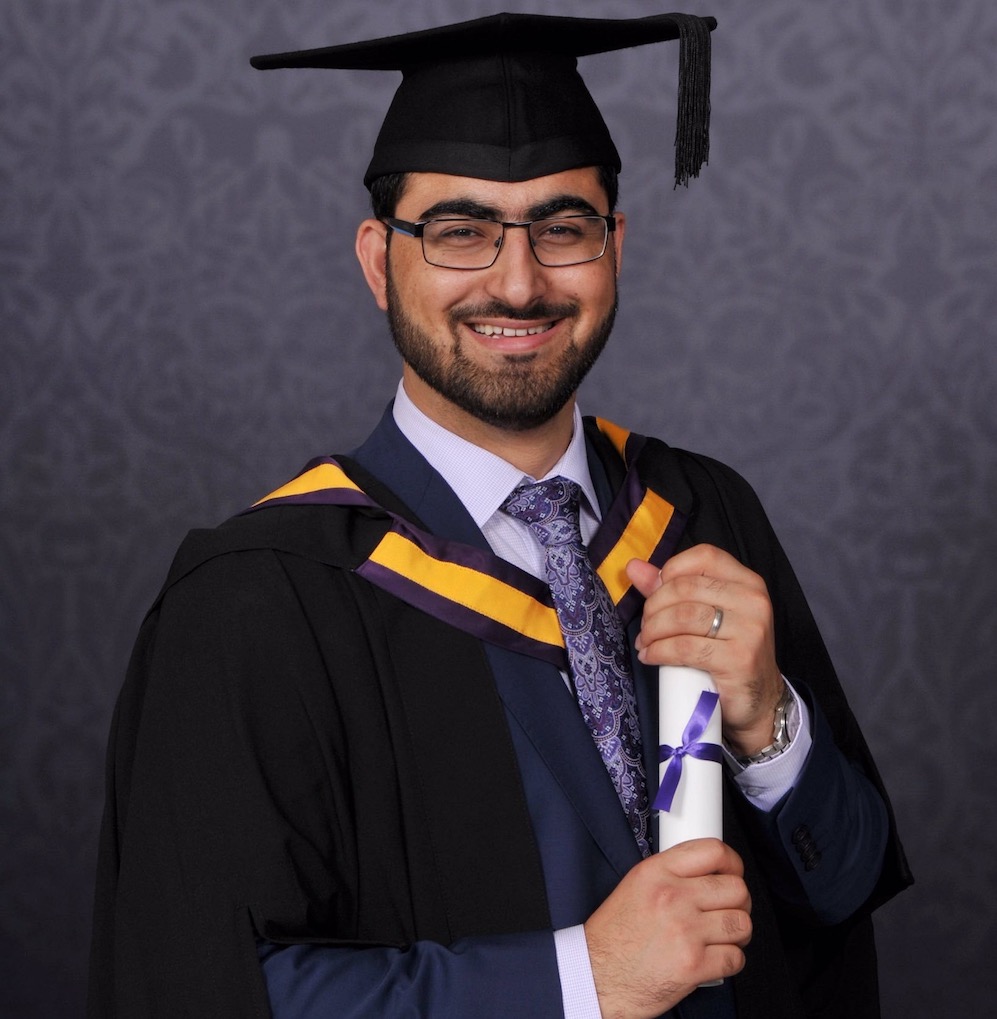 At the same time, I am very grateful to the UK because it has provided me with lots of opportunities. I was fostered in Bolton which helped me to do really well at school. I was able to go to Manchester University to study Politics which is something I never thought I would be able to do. It was not easy, but people believed in me. I just finished my Masters in Global Diversity Governance; I would have never imagined that. That’s what Britain is for me: a place of opportunity. No matter who you are, you can still succeed by working hard. 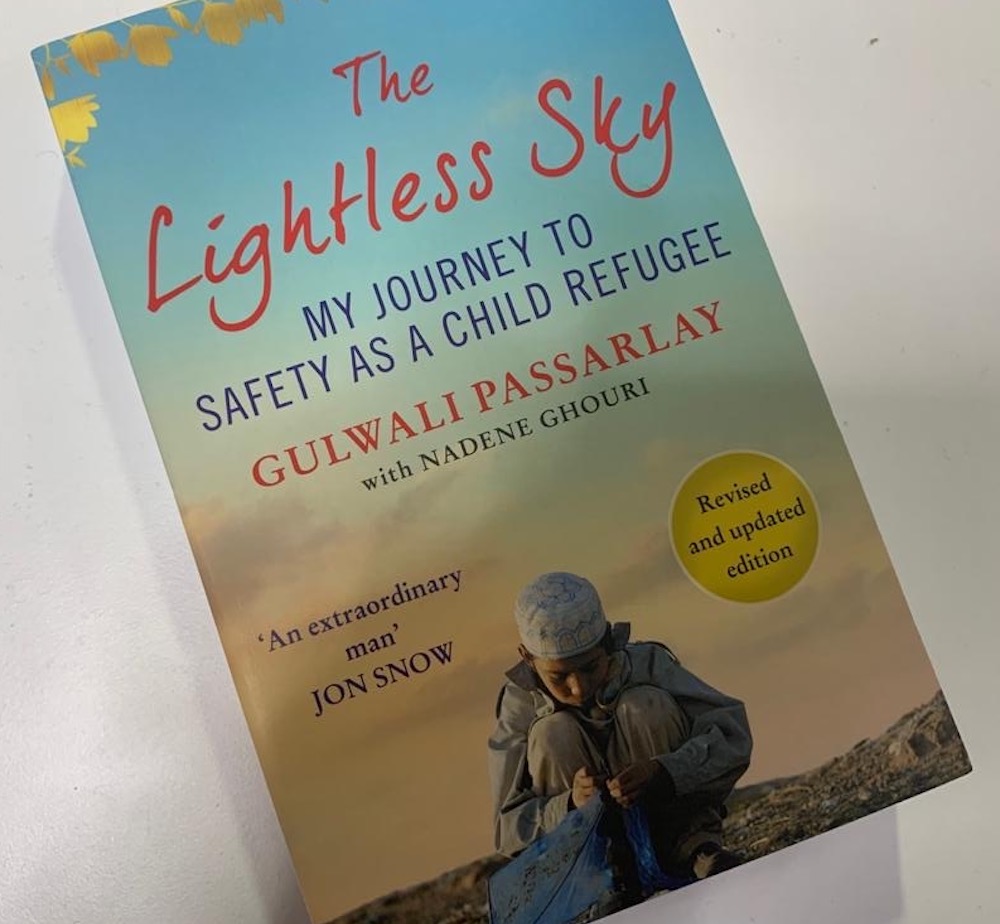 While travelling I didn’t have much on me, just a small bag with a few clothes. I had a lot of memories in my head of home, my family and friends, the good times. My book, The Lightless Sky, published in 2015 reminds me of the journey. Writing it was emotionally and mentally very difficult. I wanted to forget about what had happened to me and my family, but at me same I felt I had to share my experience to get people to open their hearts and homes to strangers, to show solidarity towards refugees. In 2016 the book got published in seven other countries and now is travelling faster than I do! I feel jealous of it!

What I want people to know is that that millions of people are still making similar journeys, in even more dangerous ways. It’s not just history. I want people to have compassion and show solidarity to refugees. The government needs to have legal and safer routes for people escaping war and conflict. They should also make family reunification easier. 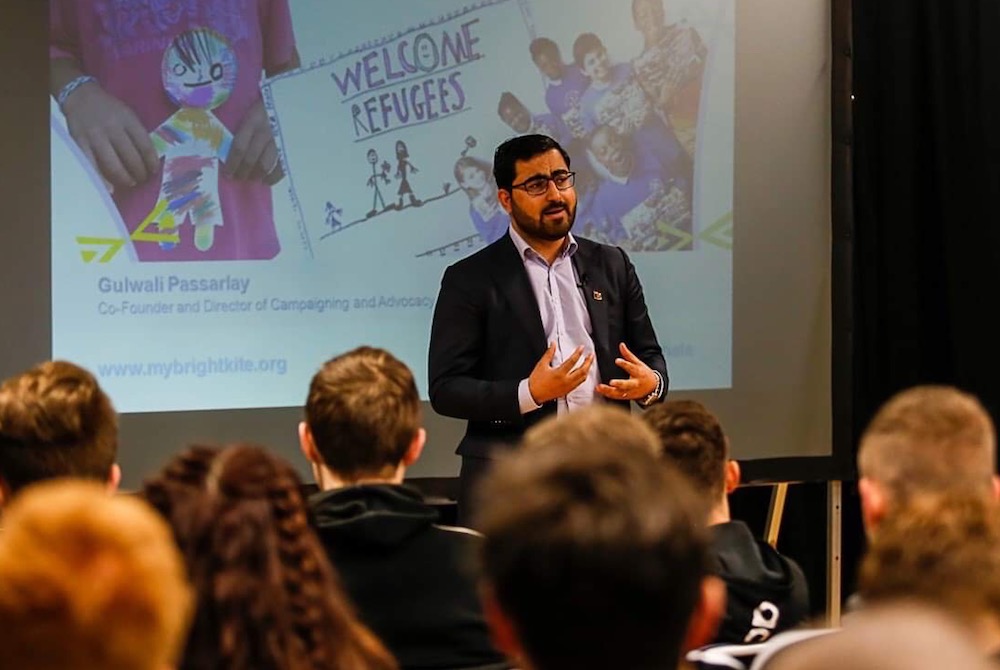 I wish I hadn’t had to make that hellish journey. There were so many occasions, particularly in Calais, when I wanted to give up and go back to Afghanistan. But the determination to find my brother again and my hope saved me. In the most desperate moments, I thought that life is a test and my journey was part of a bigger plan. I believed these things were happening for a reason and it will hopefully get better. It was the journey of my lifetime.

Gulwali’s book, The Lightless Sky is available to buy at Amazon.

Give yourself a nice present to promote an end to indefinite detention !

Give yourself a nice present to promote an end to indefinite detention ! 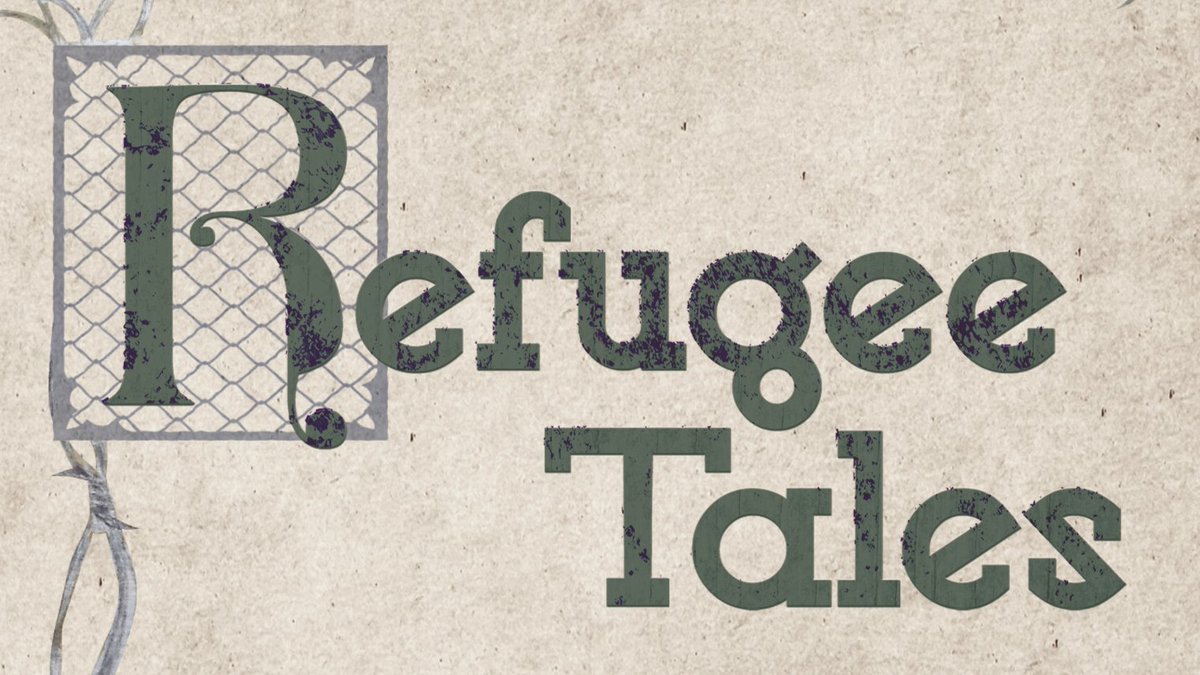 Good luck to everyone walking today with @RefugeeTales in solidarity with people who have been indefinitely detained. You can buy copies of all 3 #RefugeeTales anthologies via the Comma website https://t.co/0NgbkDWrFk All profits to @GatDetainees & Kent Refugee Help #RTOnline