‘If we had stayed in Iran another year or two, who knows?’

Farah came to the UK for a better life and future for her and her family, what started off as an opportunity to lead a better life for her children became a narrow escape from the revolution and war with Iraq that would engulf Iran for the next decade after their arrival. Farah is now retired in Colchester staying close to her son and daughter.

Persia was so beautiful. We used to drive to as a family toward the south of the country and look at the fields of saffron from the window. We would often take long drives across the country, usually to visit family. This was during the 60s and 70ss, before the revolution of 1979.

We were lucky because we were a well-off family. My husband was a doctor and I grew up very comfortably. Our decision to come to the UK all started with a holiday. We took a train from Iran, through Turkey and around a lot of Europe until we ended up in the UK, this was in 1973. 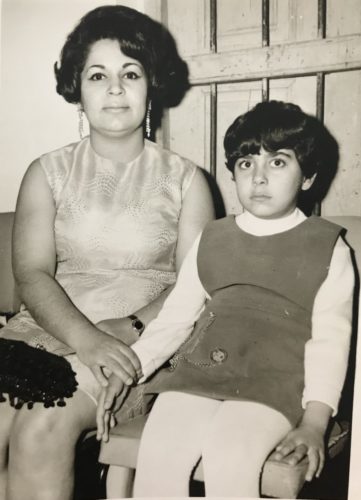 Farah and her daughter Ladan at a wedding, 1971

We loved it. This was the first time we visited but it was just a holiday, we went back home. I think after that first trip was when my husband decided to think about moving. When I think about my husband and his decision to leave Iran, I didn’t know how smart he was in knowing that we could have a better life outside of Iran.

My son, Khosrow, then went to learn English in the summer of 1976, in Torquay. My husband’s plan was to for him to stay in the UK long term, but I said no. I cried and cried and said that I would never leave my family. So Khosrow came back. And in the summer of 1977 we visited Torquay again and my husband asked us all whether we’d like to stay in the UK. The kids said yes, and we took a plane to London and then a train to Torquay where he had bought a house with his brother.

One distinct memory I have is trying fruit yoghurt for the first time, because we don’t have it in Iran. It was also the Silver Jubilee by the time we arrived and there were parades everywhere celebrating. For me and my family this was such a good period because we felt so welcomed and everyone was very polite. 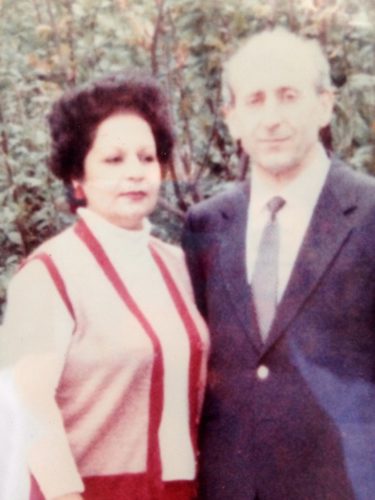 Shortly after this I went back to Iran for about three months. I had to sell some of the property we had left in the country but also, I was missing my family a lot. Family is extremely important to me. This time with my parents and brothers and sisters was really nice. To this day when something goes wrong in my life, I catch myself calling out for my father for help.

I brought a Persian to English dictionary with me. It was a gift that I think was more symbolic than practical. I still have it though and it reminds me of the times when I first came to the UK and my english wasn’t as good and my accent was a lot stronger.

For me it was very difficult being away from my family. I was the first one of my whole family to be so far away, so it was very hard. I missed them so much. I didn’t want to stay in the UK forever, but at least Khosrow and Ladan could get a good education.

But after the revolution I never thought about going back, and by the time my husband died I knew that my kids were British and that a lot of my family had left the country.

My husband died of a heart attack in 1985. It was pouring down with rain and the ambulance had trouble getting to us in time. He lived less than ten years in this country. All the time he was alive he was obsessed with obtaining British citizenship which we had just got by the time he passed.

And now my children, both Khosrow and Ladan, have had much better futures than if they had stayed in Iran, this I believe with all my heart. My son is a lawyer and my daughter has a wonderful family.

If we had stayed in Iran another year or two, who knows? The revolution and the war. A lot of my family went to America or other places in Europe, but some stayed.

Now I am older, and I have a house close to my son in Colchester. I miss my husband and family a lot, but I thank God we came here. 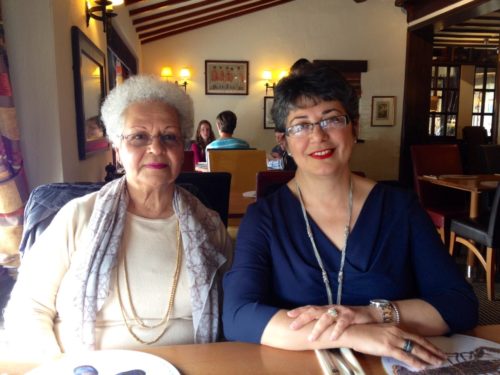 Farah during her 70th birthday