As the first group of people seeking asylum in the UK prepare to be sent 4,000 miles away to Rwanda as part of the UK Government’s freshly struck deal with the African nation, IMIX has spoken to a key sector expert in Israel to see what can be learnt from their campaign against offshoring that can be used in our movement against the UK-Rwanda deal.

The Israeli Government sent several thousand African asylum seekers to Rwanda and Uganda in a “voluntary scheme” under a cloak of secrecy between 2014-2017, before it came out into the open in 2018.

Few of the people sent there are believed to have remained, with many trying to reach Europe.

Adi Drori-Avraham is a Human and Refugee Rights Campaigner based in Israel. She is former Head of Public Advocacy at Assaf- Aid Organization for Refugees and Asylum Seekers. Prior to that he was  an Amnesty International staff member for several years. Adi researched and campaigned on the issue of offshoring by Israel from 2013 to 2018, when Israel stopped its offshoring practices.

We asked Adi what pearls of wisdom she would pass on to UK campaigners.

Campaigns against offshoring are always global campaigns. They are never just local.

In Israel, we had no doubt that if the deal continued unquestioned and without a fight it would signal to other countries that this kind of state-sponsored trafficking in people is okay. More countries with resources will start looking for opportunities to outsource their international obligations to poorer countries. In this sense, our success in Israel was only partial – we managed to stop the deal locally but failed to deter Rwanda from looking for other countries to trade asylum seekers with.

I think that now with the UK involved, there is a lot more at stake globally. If the UK succeeds, this could open the floodgates and encourage other countries to give it a go (Denmark anyone?)

What does this mean, other than putting on the pressure for campaigners in the UK?

It means that it’s not only about stopping the deal. It’s about using this opportunity to mobilise activists all over the world and making a strong statement against offshoring. It means that alongside the UK government, the UK public and the asylum seekers affected, there are many other stakeholders that can help.

International organisations, activists from the countries of origin, refugee rights activists and organisations from all over the world, and of course – the receiving country.

The local and global aspects of your campaign can feed into each other. I’ll try to break down what this could mean in the following points. First, let’s talk about Rwanda.

1. You are up against two countries. Not just one. Do not let Rwanda off the hook.

As Sunder Katwala said, the deal is only going ahead because Rwanda said yes to the British offer. Rwanda, as we know, is not new to these kinds of deals, and its conduct and treatment of refugees arriving from Israel was appalling. The Rwandan Government should be a target in your campaigning as much as the UK Government is. Find out what Rwandans actually think and say about the deal, and target the Rwandan people directly.

Get people in the UK to speak directly to Rwanda and explain why this is a bad idea. Make it vocal, showy, big, with lots of great images that the media would love to use. Buy a whole page ad in the Financial Times and call on Kagame and the Rwandans to pull out of the idea. Get global figures to sign it.

Be respectful. Make it personal to both the UK public and Rwanda. Imagine for example, getting activists from all over the UK to take turns holding a huge poster in yellow, blue and black that says “RWANDA, PLEASE DON’T ” in front of the High Commission of Rwanda in London. Make it an event. Get people to talk about it and want to come down.

Get African-based media to report on it. Organise protests in front of the High Commission. Call them on the phone. Ambush their events. Get refugee-rights activists in Europe and other parts of the world to do the same in front of Rwandan embassies in their countries. Use the Rwanda flag, try to form an alliance with Rwandan people behind the UK’s back. Engage with African-based media constantly.

During the Israel deal, there was total secrecy and almost blanket denial from Rwanda about any kind of formal deal with Israel. This time, Rwanda officials are confirming the deal and are speaking to the media. This isn’t real transparency. It’s completely performative and carefully orchestrated. Undermine this pretence. Make your own narrative. Create the news yourself. Don’t just be reactive. Butt into the conversation. Speak to Rwandan officials on Twitter directly. Keep asking questions you would ask if you were in a room with them. Make the conversation as public as possible and as persistent as possible. Use the help of activists who enjoy social media.

Here are a few questions that I would love to ask Yolande Makolo, the spokesperson for the Rwandan Government (@YolandeMakolo on Twitter)

This again, goes back to the fact that this is a global story. Help refugees themselves speak out directly to the UK and Rwandan Governments. Create options for them to speak out. Help them get access to media and guide them through the UK media landscape. In Israel, our advantage was that the asylum seekers who were under threat of transfer were in Israel for a long time. Although they had no permanent status and were denied many rights, they had ties with Israel, many had Israeli friends, colleagues, neighbours and the community was organised and mobilised.

Try to collaborate with as many refugee communities as possible. This diversity is crucial. Get activists from other countries, use international events, get academics from various universities around the world to write public letters to the UK and Rwandan governments, help organise protests in front of UK embassies around the world.

Make it global, make it embarrassing, make it loud. Make it stop.

Where do we go from here?

“Ticket Our or Jail”: NY Times

Where There Is No Free Will

Deported to the Unknown

“Better a prison in Israel than dying on the way”: Testimonies of Refugees in Israel

Research by organisations outside of Israel

“I was left with nothing”: ‘Voluntary’ departures of asylum seekers from Israel to Rwanda and Uganda 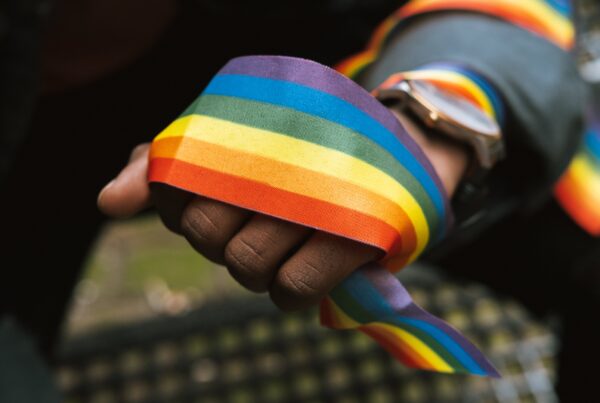