Heartwarming shows of refugee support from Week of Action 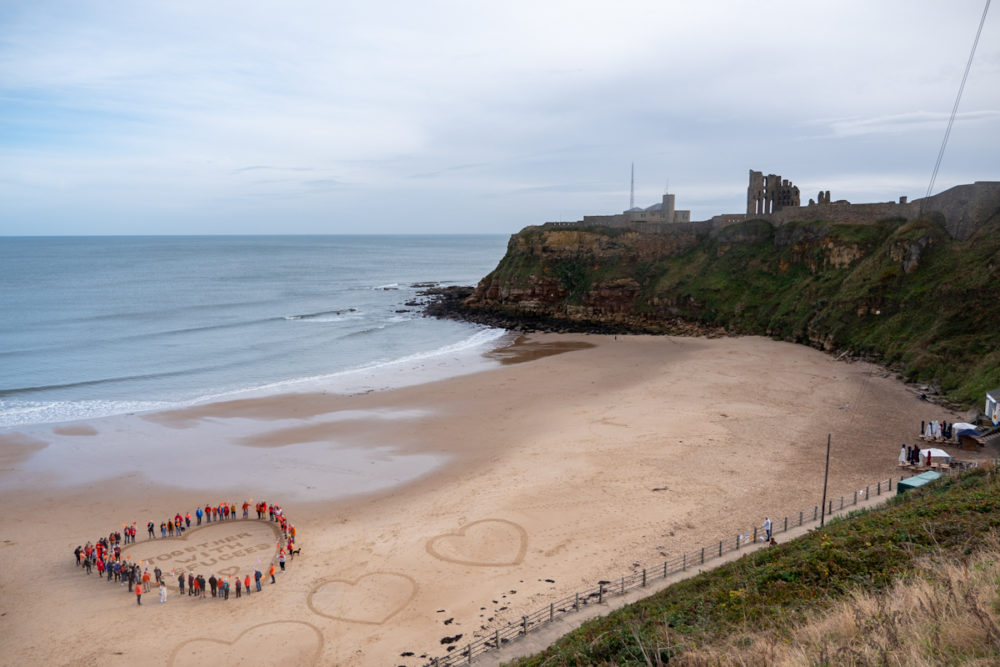 Last week was the Week of Action. A week in which organisations and groups, up and down the country, gathered to publicly showcase their support for refugees. It culminated in a national ‘Day of Action’ on Wednesday 20 October, the day the majority of events happened and coincided with the #RefugeesWelcome rally held in London’s Parliament Square.

From powerful signs at rallies to drawings in the sand on beaches, there were many events featuring orange hearts – the global symbol of support for people fleeing violence or persecution that was popularised by the Together With Refugees campaign.

There were large rallies in the UK’s urban centres such as London and Glasgow. Simultaneously, grassroots organisations and community groups showcased orange hearts in creative and visually stunning ways.

Here are some of the highlights.

Hundreds of people sporting orange, in Brighton, formed a giant orange heart on the city’s famous pebbled beach. It was organised by Sanctuary on the Sea, Sussex Student Action for Refugees and Refugee Support Europe. 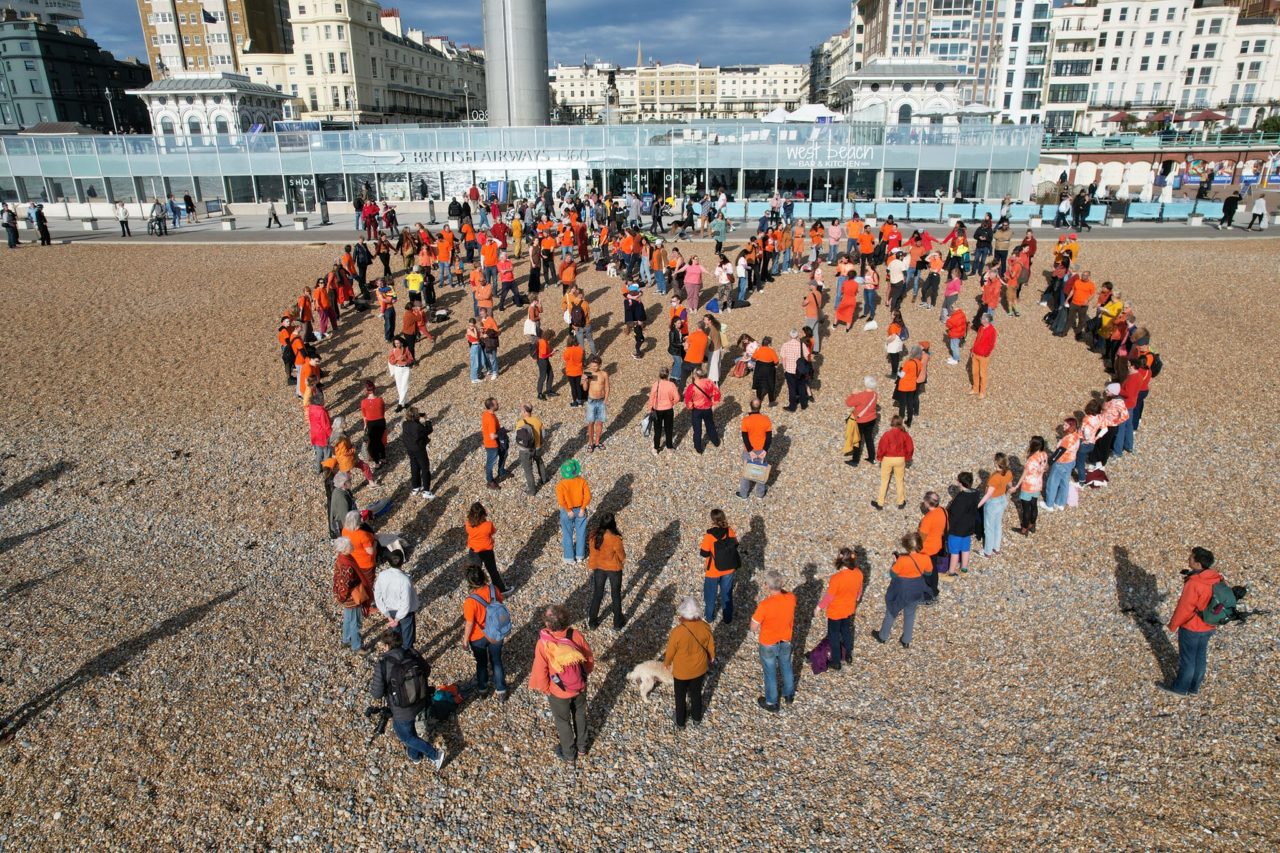 A giant orange heart on a beach in Tyneside

Meanwhile, our friends at Refugee Action, Curious Monkey, WERS West End Refugee Service, in the North East of England, formed a giant heart on King Edward’s Bay in Tyneside. They etched ‘Together With Refugees’ in giant lettering on the sand. There were also plenty of other festivities at the event, including heart-shaped cookies and orange cardboard cutouts being waved around! 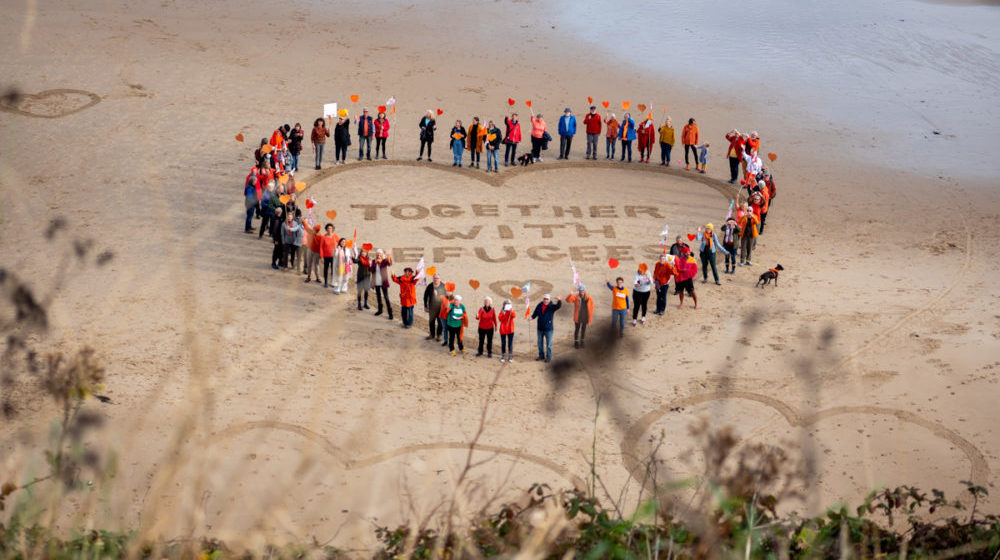 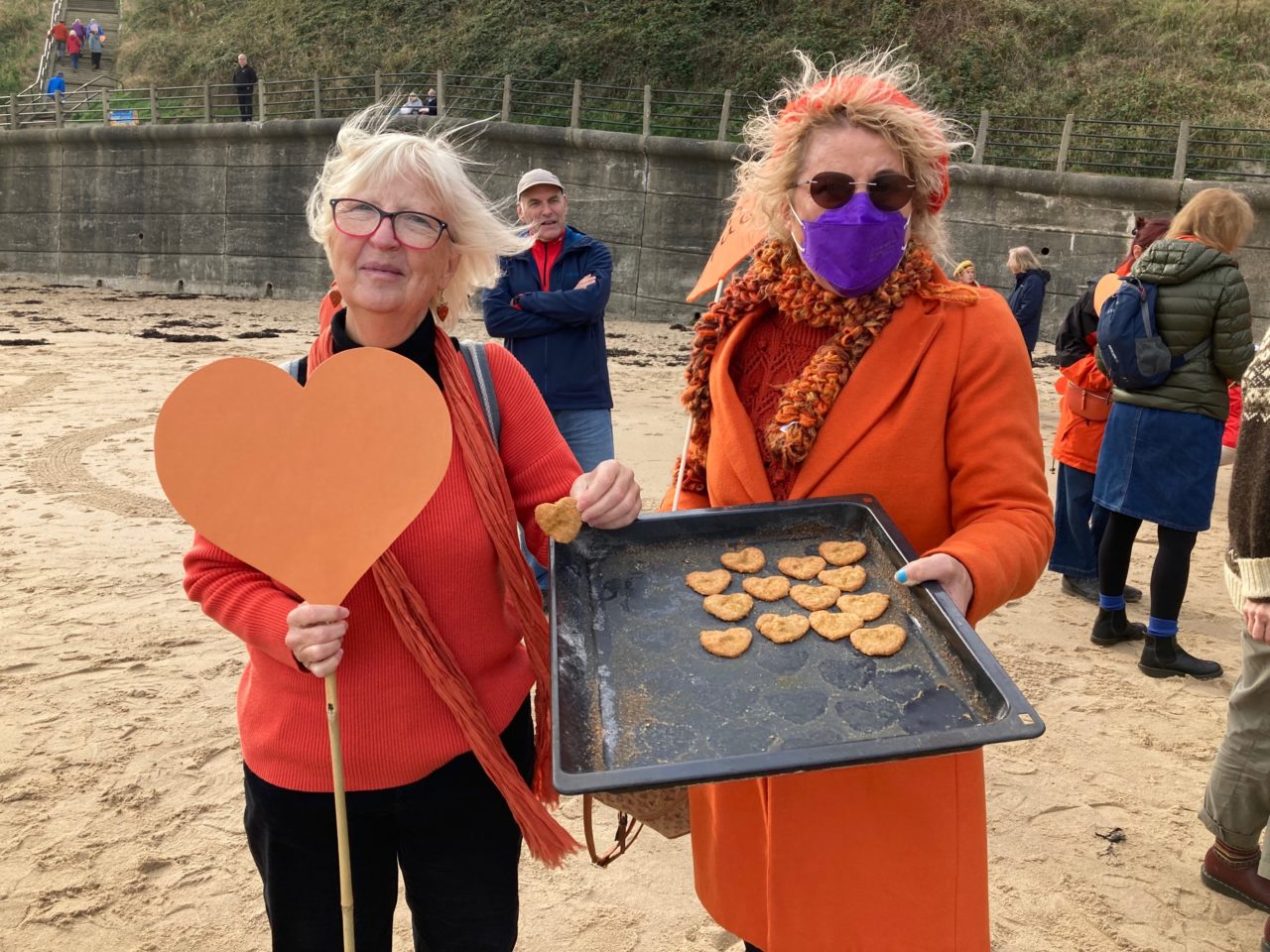 Hastings Community of Sanctuary organised a vigil in remembrance of the people who tragically continue to lose their lives seeking a safe home in the UK via the English Channel. It was held at dusk, highlighting the golden sunset light of the shores of Hastings’ beach, where many people seeking safety often land.

What a truly stunning picture from the vigil in Hastings last night. Organised by ⁦@HastSanctuary⁩ the event remembered the refugees forced to take perilous journeys by sea to flee war and persecution. #TogetherWithRefugees pic.twitter.com/VCTLCRljvi

Messages of welcome from Abergavenny Town of Sanctuary

In a sign of the power of local action, Abergavenny Town of Sanctuary’s members wrote letters of welcome on orange hearts. They also wrote to their MP about their concern at the government’s Borders Bill, and to say that Wales says #RefugeesWelcome.

Young leaders with lived experience at RAS Voices came together under a glimmering, immersive art installation to talk about why we should be #TogetherWithRefugees. It was part of Journeys Festival, which celebrates the creative talents of refugee and asylum seeker artists.

Is there an event by a local or grassroots group that we’ve missed? Get in touch with us!

Together With Refugeesweek of action

Lord @AlfDubs was ...rescued as a child on the Kindertransport during WWII. He explains why we should #SayNoToClause9 in the #NationalityAndBordersBill. 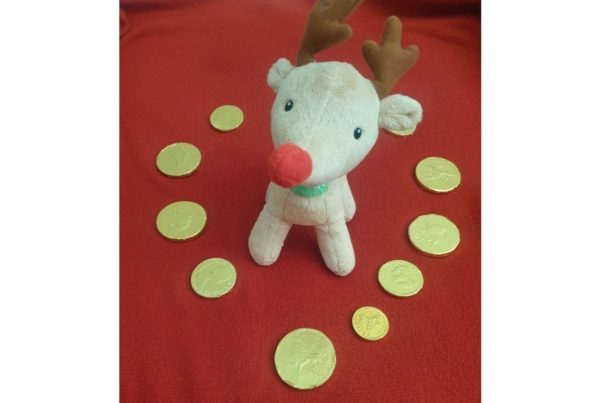 My first Christmas in the UK: Anna’s first gift 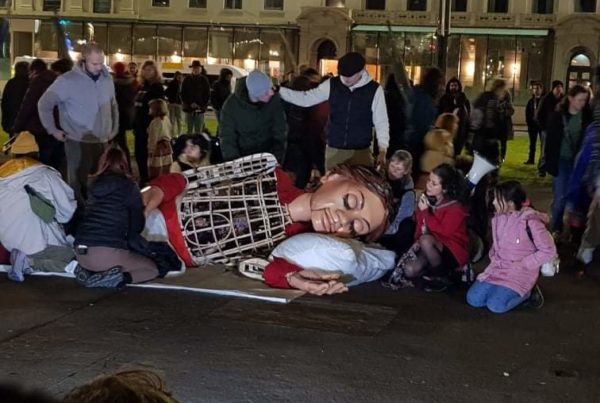 ‘The night I sang a lullaby to Little Amal’

Lord @AlfDubs was ...rescued as a child on the Kindertransport during WWII. He explains why we should #SayNoToClause9 in the #NationalityAndBordersBill.