5 ways to join the movement after Refugee Week 2021

Refugee Week is over, but the fight continues to create a kinder world for people who are fleeing for their lives. 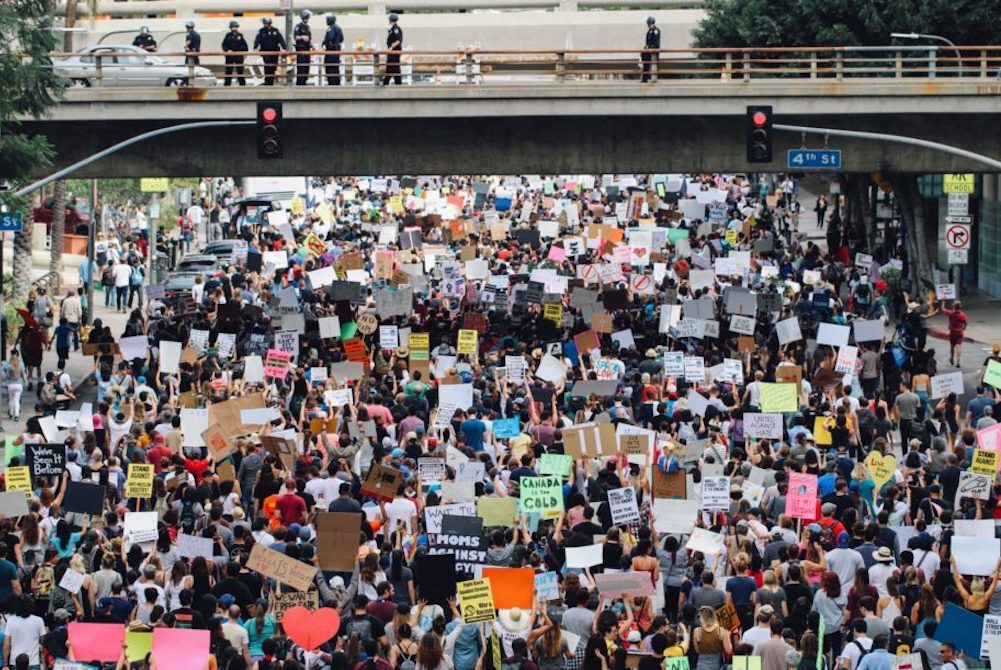 Whether it is helping to impact policies or changing prejudicial attitudes, here are some easy ways that you can continue to support asylum seekers and refugees.

There are many ongoing campaigns aimed at changing policies, the wider public narrative, or both. You can join however you are able to: you can sign a petition, add your name to the mailing the list or simply spread the word online, or off.

Some examples are Lift the Ban, a national coalition that’s campaigning for the government to lift the ban on asylum seekers being able to work while their refugee status application is being processed.

Together With Refugees is another coalition working to prevent the current government’s asylum reform plans from being implemented, and to create a more positive narrative about people seeking safety.

Choose Love, an organisation that supports people seeking sanctuary, has also launched a manifesto calling on the government to abandon its current plans for immigration reform.

2. Keep up-to-date with the news

With the UK government attempting to severely restrict asylum seekers’ rights here, the very status of being recognised as a refugee is under threat and taking multiple steps back from when the 1951 Refugee Convention was signed.

One way of empowering yourself as a citizen is by keeping up-to-date with the latest news on what the government is doing.

You can do this by following IMIX on Twitter for regular news updates or setting up a Google News alert for keywords such as like ‘asylum seekers’, or ‘immigration bill’ and following updates from reliable, recognised news sources and reporters.

If you have space to spare in your home, you could always open your doors to those who need a place to stay. Charities such as Refugees at Home matches people seeking sanctuary in the UK with a host.

Many of those who’ve taken part have spoken of how gratifying hosting can be, and many guests and hosts become friends.

You can immerse yourself in stories by and about displaced people, and encourage your peers to do so as well.  After all, research has shown that stories, not data, are more effective at changing people’s minds. Stories encourage empathy, therefore combatting negative narratives and stereotypes about refugees and asylum seekers.

If you’re looking for a book, we recommend The Lightless Sky by Gulwali Passarlay or The Refugees by Viet Thanh Nguyen. If films are more to your taste, how about the documentary Born in Syria? Or you can check out IMIX’s list of recommended films.

There are a number of other simple, but powerful, ‘Small Acts’ that you can do to spread awareness of the experiences of people who’ve been forcibly displaced. See the full list on Refugee Week’s official website.

There are many organisations that offer frontline services to people seeking sanctuary. Making a one-off or regular donations will help them continue supporting people who have been forced to flee.

For example, Safe Passage helps ensure safe travels for displaced people on their journeys, many of whom are children.

Refugee Action also supports refugees to rebuild their lives in the UK, and campaigns to create a more welcoming environment.

You can even help by ‘buying’ displaced people essential things they need on their journeys on Choose Love’s website. You can buy gifts ranging from food and essentials like blankets, to shelter.

Ongoing and developing conflicts around the world mean that every year, more and more people are forcibly displaced from their homelands. So even after Refugee Week is over, taking part in any of these actions ensures that we can continue to make the world a better place for people fleeing war or persecution.