What is happening in the Belarus-Poland border? And why we should be mindful of how we discuss the crisis

Amidst the deluge of news coverage and widespread discussion on social media, it can be easy to forget what is really happening in the borders of these two eastern European countries. Here we highlight the key elements of the crisis, and the sensible ways we might want to address the issue, particularly as a sector. 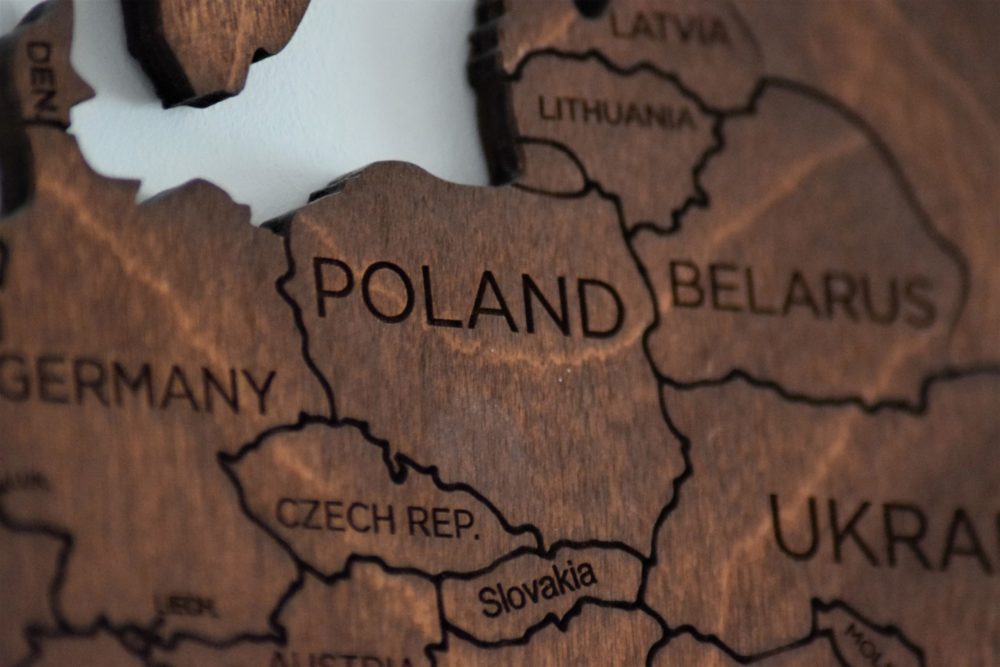 You might have seen several articles popping up on your feed regarding the tumultuous events taking place on the borders of Poland and Belarus in the last couple of weeks and wondered what exactly was happening – and the ways in which it might affect the sanctuary seeking sector in the United Kingdom. The truth is, like many other overly politicised situations, things are far too complicated to encapsulate it all in a short blog, but we wanted to give a brief overview of the events and suggest ways in which we might want to discuss the crisis without seeming insensitive to the plights of the refugees hoping to cross the border to better their lives.

In the last couple of weeks thousands of people seeking sanctuary have arrived in the Polish border, through entry to Belarus, many of whom are escaping dangerous conditions in various parts of the Middle East. Since then, major clashes and violence has escalated to the point where Polish authorities have begun to use chemical sprays and water cannons on the refugees.

Why is this happening?

Poland and the EU are blaming the Belarusian government, accusing them of providing the refugees with visas and a false promise of entry into the European Union. It is believed that this is partly to do with Belarusian president’s retaliation to the sanctions imposed upon his country by the European Commission. Despite the hostility displayed by both countries towards each other, it is easy to forget that at the centre of the crisis are ordinary men, women, and children. They are not only fleeing danger in their original land of departure, but they are now faced with further brutal antagonisation from both the Belarusian border patrols and the Polish armed forces.

Encampments have been set up by the border, in the freezing wintry conditions of the Baltic climate, while makeshift fires have kept the people warm. Reports suggest that most of the refugees are stemming from Iraqi Kurdistan, Syria, Afghanistan, and other Middle eastern country, while there are also some coming from African countries, like Cameroon and the Democratic Republic of Congo – often coming through dangerous crossings through the Mediterranean from north Africa to Turkey or other Middle Eastern countries. Since the crisis began at least 9 people have died.

At the core of the crisis lies the mass exploitation of migration and human beings trafficked for the political gain of an authoritative dictator. It is important for us, in the immigration reform sector, to treat what is happening in the Belarusian and Polish borders as a human rights violation and centre the sanctuary seekers’ concerns and any other harmful responses either country might impose on those seeking sanctuary. Lured by human traffickers and used as pawns by the Belarusian government, the refugees arrive in Minks with a false hope of a better life in Europe, as many are persuaded by ads on social media and the internet, ‘guaranteeing’ them entry into Poland.

Though it is uncertain as to the details that caused each individual person to flee their homeland, these people are, nevertheless, left with little choices when confronted with these dubious and dangerous opportunities; if only it will allow them to inch closer to a life without fear and one filled with dignity and safety.

Furthermore, it is also important to consider the larger geopolitical issues concerning refugees in that region of the world. Around the world, a total of 77 million people are considered to be either refugees or internally displaced, according to official numbers by the United Nations. Many of those refugees are currently in Turkey, where many of the people are passing through before embarking on their journey to the Polish-Belarus border.

If we focus on these larger issues, the crisis becomes less about the sanctuary seekers themselves but about the bigger systemic issues surrounding the EU’s policy and its approaches to refugees and asylum seekers.

The language around sanctuary seekers often takes a shift for the worse whenever a crisis occurs, both here in the UK and abroad. And it is especially important to be mindful of such rhetoric surrounding refugees, particularly those arriving in large numbers and with the unified ambition of having a better life for themselves and their families.

For example, instead of using terms like ‘migrants,’ we could instead say ‘people seeking safety,’ while also highlighting that these people are also victims of state-imposed human trafficking. It may also be worthwhile to adhere, and refer, to the wider international and regional policies that have resulted in this situation happening in the first place.

We hope this will give you some guidance and understanding with regards to this ongoing crisis. Again, should you feel that you might want to share your thoughts on social media, we ask that you highlight the element of humanity in the story that lies within the broader geopolitical conversations in the region.