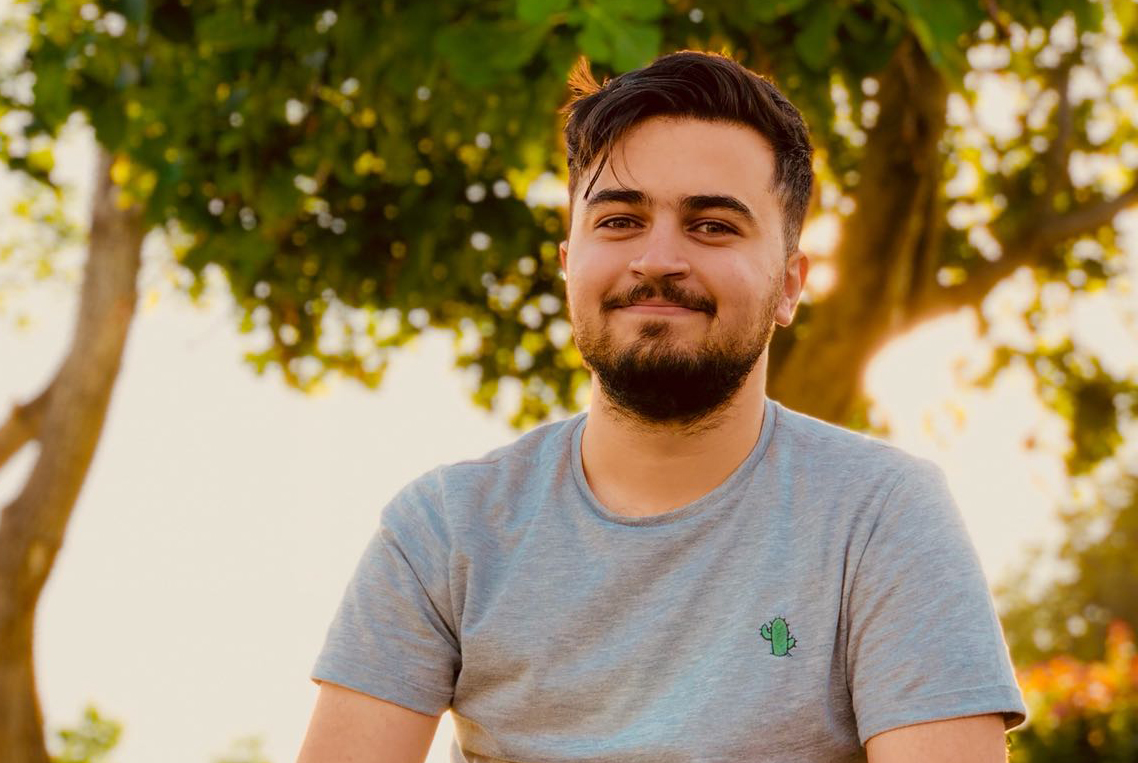 While seeking asylum from the raging war in Syria, Mohamad Bwedany and his family had to live apart for five years. They finally reunited in the UK and after all the difficulties of the journey, Mohamad can now fulfil his dream and go to university.

When the war came to Syria, I was just a teenager and my parents made the choice of moving to Egypt. There, I spent almost a year and a half with my family, and I started high school. It was a lovely country to live in, I felt very welcomed and people were always kind to us.

But everything is unpredictable, sometimes your fate is decided by a piece of paper or by someone’s signature. After a while, things started to change. My passport was about to expire but at Cairo’s Syrian embassy I couldn’t get a new one because I was missing a paper.

Therefore, I had just one choice: to get the passport renewed somewhere else. My parents decided to send me to Istanbul because Turkey was one of the very few countries that allowed Syrians to enter and remain without a visa at that time. I travelled alone, just six days before my passport expired, I was only 17.

After I arrived, I learned that I had to stay there longer than what I had estimated in order to do my passport. That was not the plan, but there was no other choice, so I eventually had to accept this fact.

My time in Istanbul was very tough, I was young, I didn’t know anyone and did not speak the local language at all. That was a very big issue among many others. Housing was another one. If you are a male Syrian, it is very difficult to find accommodation in Istanbul, even if you are 17! During the day I was spending a lot of time looking for a house, but I kept failing. I was almost homeless for a while; it was quite an experience.

So, I decided to move to another city. I went to the south of the country, which had a big Syrian community and I hoped they would be more accepting about me living there. In fact, I was able to find a house and, also, I could overcome the language barrier, as more people were speaking Arabic there. I managed to resume my education and graduated from high school. That year was probably the most difficult of my whole journey.

After graduation, I still hadn’t received my new passport and by the time I got it, I could not get back to Egypt because the country had put limitations on Syrians entering the borders. It was possible only by paying a lot of money, more than I could afford. So my only option was to stay in Turkey.

Small things, decisions, events can change everything. Three months before turning 18, a couple of my friends were thinking about fleeing to Europe by boat. They asked me if I wanted to go with them and I thought about it a lot. I was so close to taking that decision, but eventually, I decided not to take this risk. Now, after many years, I am so glad I didn’t go. It’s probably the best decision I have ever made.

In fact, soon after, I had an offer for an internship in graphic design in Istanbul. So I went back to the city and, now that I had a bit more experience with the country, I managed to find student accommodation.

After a few months that internship opportunity became a job for me and from that point I started to build a network of people I knew and trusted. Through them, I had other work opportunities and eventually, after six months, I even found a better job in an NGO. Thanks to that job I was able to learn a lot, to take English classes and, for the first time, I could just live in the moment without overthinking.

But I was still missing my family. We were able to stay in touch over the internet, but our relationship changed. For example, my mum used to be my best friend, we had an amazing connection, which faded in these circumstances. In fact, while apart I didn’t want to make her worried about me, so it was difficult to open up over the phone and sometimes I couldn’t tell her everything that was going on. So, at that point, I was looking for a way to, at least, visit my family.

I also started thinking about my future. I realised I wanted to attend a university. But in Turkey higher studies take a lot of time because they require 6-7 hours of class a day, therefore I couldn’t attend a university there while having a full-time job. So, I took more English classes, did the American SAT exam, and started applying for a lot of scholarships outside Turkey. Unfortunately, I couldn’t get any.

Right at that time, my family had just relocated to the UK under the Syrian Vulnerable Person Resettlement Scheme and that opened up a small opportunity that we might have been able to reunite again. It took months, and a lot of back and forth discussions with lawyers but in the end, we came up with a strong application for special circumstances so that I could join them in Europe.

By then, I already had gotten used to waiting. I had waited so long for my passport, for the scholarships, to see my family. So even if I had to wait a lot for an answer to my application, it was not a problem. But I also told myself that this was going to be the last attempt to try to leave Turkey. All the previous attempts had already failed, and they had caused me a very stressful feeling. It was my last chance.

After a few months, my application got approved: I was eligible to go to the UK! It was a relief of course, but at that moment it didn’t seem real at all. So that’s how I finally reunited with my family and seeing them again was indescribable. Even if I got used to living on my own, I did not forget what being at home felt like.

The first three months in the UK were a bit overwhelming. The job market is totally different here, and adapting was very challenging. However, the local community was very kind and helpful. Since I started working with NGOs in Turkey, I became passionate about media and communications, so that is what I want to focus on now.

In October I will finally start university. I am going to study Interactive Media at the University of York and I am very excited about this. This journey has made a huge difference in my life. It was challenging but it also taught me many things, especially how to be patient and responsible.

Just before leaving Syria, we could only take a few valuables from our house in my hometown, close to Damascus. I grabbed only two things: my photo albums and my coins collection. It’s a collection made of the coins different people gave to me, so it’s a memory of all of them. 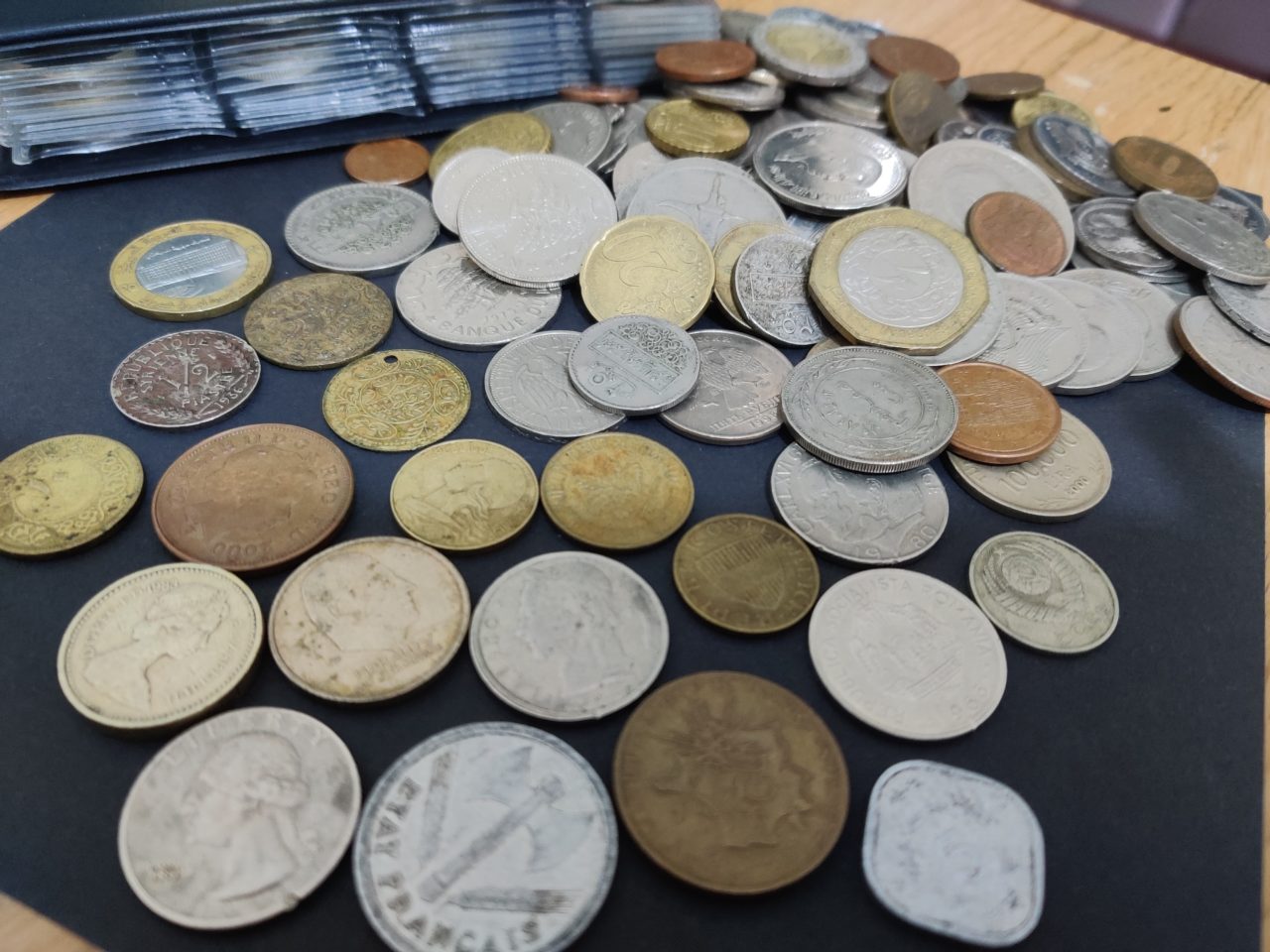 Through all that time, what kept me going was knowing that this was the only way forward. Life was difficult, but a lot of people’s support was a huge motivation as well. I don’t really have any regrets, even if most of the times, actually, I didn’t have a choice at all.